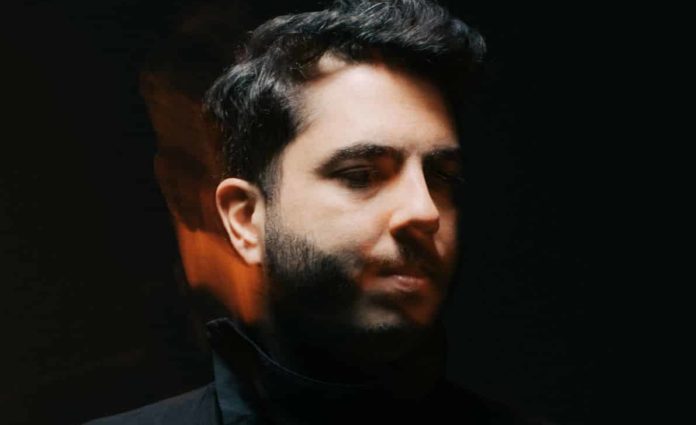 Brazilian DJ and producer Wehbba’s creative aspirations seem to grow day by day and following a series of globally impactful single and EP releases on the circuit’s leading label, Drumcode, he now unveils his long-awaited first album on the label – Straight Lines and Sharp Corners.

This expertly configured montage of instrumental offerings not only showcase Wehbba’s refined skill set in the studio but also proposes an immersive conceptual study that echoes a tenacious dedication to his craft.

The introduction, “Prelude: Goya”, lays a deeply evocative foundation for the album that highlights the affinity between connection and conflict, in this case using harmonious contrasts of tension and bliss. Narrating his daily journey to the market, Wehbba injects a flutter of arpeggiated sequences that run parallel with the organic sensibilities of his field recordings, providing a raw and relatable quality often lacking within the techno landscape. Continuing this rigid dichotomy, Wehbba elicits grit and distortion with scintillating ambiences for “Hyper Real Decadence”, appointing Thomas Gandey’s stark vocals to ironically convey the ‘brutalism’ of today’s reality.

“Deluge” brings melodic synths to a slowly evolving Techno track, subverting the classic formula with arpeggiated acid synth and syncopated synth leads. The follow up, “Basic Pleasure”, evokes the barren landscapes of Blade Runner from whence the track gets its name (the ‘Basic Pleasure Model’, Pris), inspiring the fast pulsating bass lines, loud ‘laser’ leads and ‘rave hoover’ sounds. Venturing into “Dove Rush”, we’re reminded of Wehbba’s mastery for propulsive cuts as he fuses robust percussive elements with euphoric synth melodies to promote his intelligent yet driving strain of underground music. Inspired by the liberty and comfort of 90s experimentalism, “Brainflex: Interlude” serves as the LPs palette cleanser. Following a series of intoxicating highs from his opening cuts, Wehbba provides listeners with a much-needed period of reflection, with hypnotic riffs stimulating an introspective response.

“No Sleep” is another galvanic addition to the album’s streamlined concept, incentivised by the lack of sleep inherent to Wehbba’s relentless touring schedule. Harnessing native sounds from the idyllic vistas of Bali’s jungle and coastline, he permeates the synthetic components with these organically recorded textures. Motivated by David Caretta’s fiercely raw basslines, Wehbba enlists the French pioneer’s production talents for “Sharpshooter”, delivering an electroclash masterpiece that represents infused Techno in its most tailored form. The succeeding track “Second Nature”, as the title would suggest, echoes Wehbba’s authentic composition process; a free-flowing progression led by the music with little manipulation from Wehbba’s side. The effects are honest yet dramatic, with the cut proving to be a mesmeric peak-time anthem.