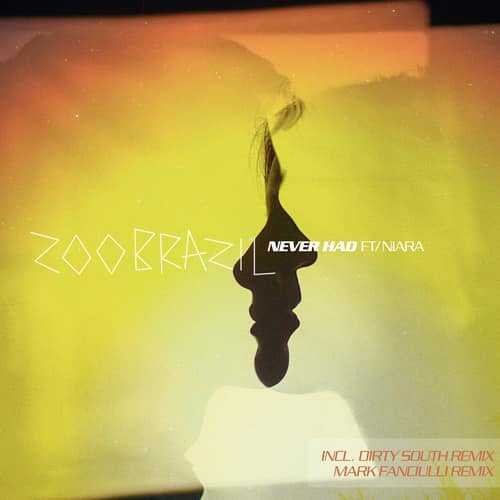 What be this new voodoo that Zoo do then?! The answer, simply, is ‘Never Had’ – John ‘Zoo Brazil’ Andersson’s astonishing comeback to the dance music scene.

It’s been two years since his last release on the label Magik Musik, the alt-House supremo drops a bomb new production work into May’s equation.

With Niara on vocals, Dirty South and Mark Fanciulli making up its clubber takes and Andersson instantly back at his absolute best, ‘Never Had’ caters the Swede’s long-awaited, threshold-of-summer comeback.

John’s Original version is a master-class in the less-is-more school of house music making. finest of tempo, its steamy beats and recursive redolent tunes shape a track where every successive component initiates and gets its time to glitter. None, it must be said, more than Niara’s soul-filled vocals, which rilled emotion into every corner of the melody.

Crisp off the back of ‘I Swear’ – his latest Anjunabeats release, Dirty South crushes ‘Never Had’s tempo pedal, allowing the track to communicate to the dancefloor. Echoing and criticizing the song throughout, it brings the release a substantial groove and an totally funkier in a way.

Plundering the production back a touch, Mark Fanciulli’s beats, bass & perc assembly frames a darker, (albeit no less clubby) feel for the track. He dubs and loops Niara’s vocal up to make a classically edged, later-night house cut, full with delightful unstable synth lines.