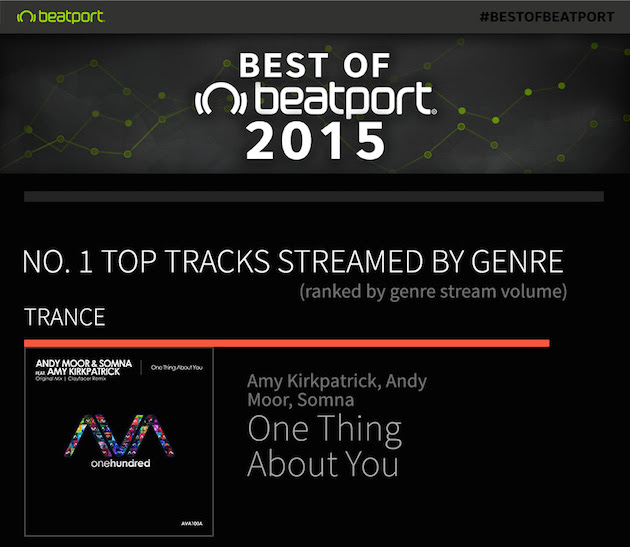 Fresh off the heels of numerous accomplishments in 2015 as label manager and A&R for Andy Moor’s AVA Recordings label, Canadian DJ/Producer Somna, has quite the reason to celebrate this holiday season after receiving the exciting news that his track alongside Andy Moor “One Thing About You” featuring Amy Kirkpatrick, was the #1 most streamed trance track on Beatport throughout the year!

Somna says, “It was such an honor to collaborate with Andy Moor and Amy Kirkpatrick on “One Thing About You”, as I’ve always looked up to Andy’s productions since owning a copy of his “Whiteroom – Whiteroom” on vinyl many years ago. I couldn’t be happier with what our collaborative efforts have resulted in, along with Amy’s amazing lyrics and voice!”

While the original mix of “One Thing About You” held it’s place in the Beatport top 10 trance charts for a steady three weeks, it comes as no surprise that the release was a favorite among Beatport users worldwide. 2015 also saw multiple Somna releases reach the top 30 on Beatport, with tracks featuring the likes of trance queens Jennifer Rene and Michelle C.

The coming year looks nothing short of bright for Somna, and he can’t wait to share a plethora of new music with fans in 2016.