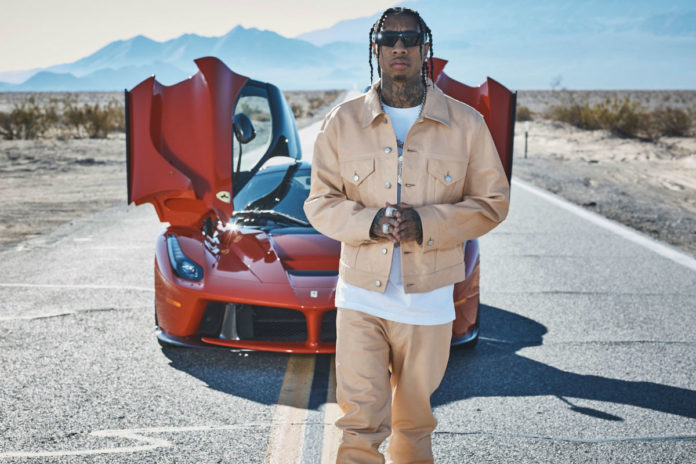 The popular hip hop sensation is set to enthrall fans on 29th November 2019 at MMRDA, BKC, Mumbai. He had performed in New Delhi earlier last year in April for a luxury pop-up marking his India debut. The 30-year-old is expected to perform tracks like ‘AYO’, ‘Rack City’, ‘Still Got It’, ‘Make It Nasty’, ‘Temperature’ at his first ever Mumbai tour

While he has worked with the likes of Justin Bieber, Chris Brown, Rick Ross, Drake, Lil Wayne, Bow Wow; Nicki Minaj and Wiz Khalifa, in recent months, the Grammy nominated artist was targeted by the public eye for his relationship with Kylie Jenner and Blac Chyna. Tyga currently has over 31 hits on the Billboard Hot R&B/Hip-Hop Songs chart and selling 638K albums, 12.2 million digital songs and 1.4 billion on-demand streams. His RIAA-certified accomplishments include 4x platinum “Rack City,” 2x platinum “Faded,” and five additional gold records. He recently flipped a 90s dance classic on “Ayy Macarena”, rapping over production that heavily samples the track. The song serves as the follow up to “Mamacita” alongside Carlos Santana and YG, and the rapper likely has even more new music on the way after signing a multi-million dollar deal with Columbia Records just last month. Over the summer of this year, Tyga released Legendary, with a deluxe edition featuring songs by Ty Dolla Sign, Takeoff, G-Eazy, and Rich The Kid.

Tyga states, “I had a great experience in New Delhi last year. But I always wanted to tour Mumbai. I’ve heard the hip hop music industry is one to watch out for. I’m really excited to attend the arena concert curated by Sunburn and meet all my fans out there.”

Eric Prydz To Bring His Spectacular Brand-New [CELL.] Show To Tomorrowland’s “Around The World” Digital Festival

featured Akshay Bhanawat - July 15, 2020
0
Anjunabeats, the iconic record label founded in the year 2000 by Above & Beyond, celebrates its 20th anniversary this year. As part of the...

Eric Prydz To Bring His Spectacular Brand-New [CELL.] Show To Tomorrowland’s “Around The World”...

EDM News Akshay Bhanawat - July 14, 2020
0
Techno phenomenon Enrico Sangiuliano announces the second instalment of his newly launched ES System Livestream series. Taking place at the historic St. Bavo’s Abbey...
ABOUT US
What started as an interest, slowly turned into a passion, and before we knew it, we had curated and founded a thriving community of avid electronic dance music lovers.
FOLLOW US
© Copyright 2020 - T.H.E Music Essentials