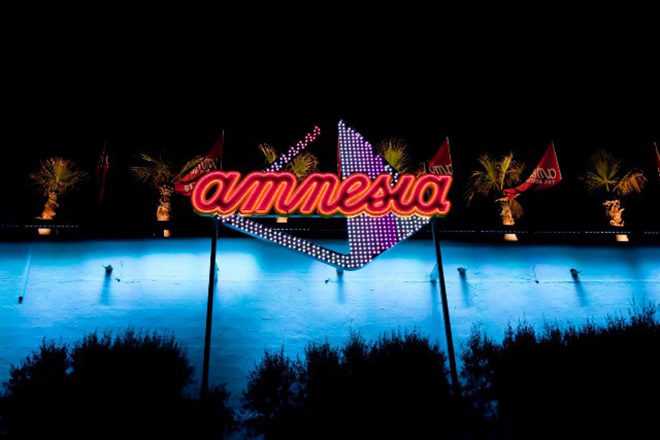 Amnesia Ibiza has announced the full DJ line up for its London show on Saturday 4th March at Electric Brixton.

The Ibiza club takeover of Electric Brixton in November proved unforgettable and its return to the UK has been highly anticipated since the sell-out show.

Tech house superstar Patrick Topping will be celebrating his most successful year to date as he headlines Amnesia’s sensational return to London. From his humble beginnings as a local club promoter in Newcastle, Patrick’s since gone on to build a massive following helped by his outstanding music productions which have earned him five tech house No. 1s on Beatport.

Polish duo and close friends Catz ‘N Dogz have built a name for themselves on the house music scene due to their exciting musical output and technically impressive sets. Their experimental and jackin’ sounds have received wide critical acclaim and have earned them a loyal following. When the pair are not touring they are producing new records through their Pets Recording label and they are always on the lookout for raw talent to sign and nurture.

Roush label boss and house music legend Hector Couto is one of the fasted rising stars on the scene. He’s quickly risen through the ranks thanks to his unique, genre-spanning productions. His musical tastes range from minimal techno to soulful Balearic sounds and everything in between. Hector’s talents have gained him favour with the likes of Hot Creations and Get Physical labels, through which he’s released multiple hit tracks.

Ibiza legend Mart-T has held his residency in Amnesia Ibiza since 1999. As a consequence of his residency and electrifying sets he’s built up a reputation far beyond the shores of Ibiza and now regularly tours around the world during Ibiza’s off-season. He derives his musical taste from his upbringing in Sitges, a small Spanish town close to Barcelona, which had a serious house music scene during the 1980s and 90s.

Spanish born DJ and producer from Valencia, Edu Imbernon comes with a fierce reputation as a technically flawless DJ and highly unique producer. Edu created a name for himself by creating cross genre tracks and his ability to seamlessly combine records from electronica, house and indie backgrounds. 2016 was Edu’s most successful year to date, performing on the main stages of festivals including BPM and Ocaso. Edu also had the honour of performing for the final Space Ibiza closing party alongside the legendary Carl Cox.

Tickets for Amnesia London are on sale now.