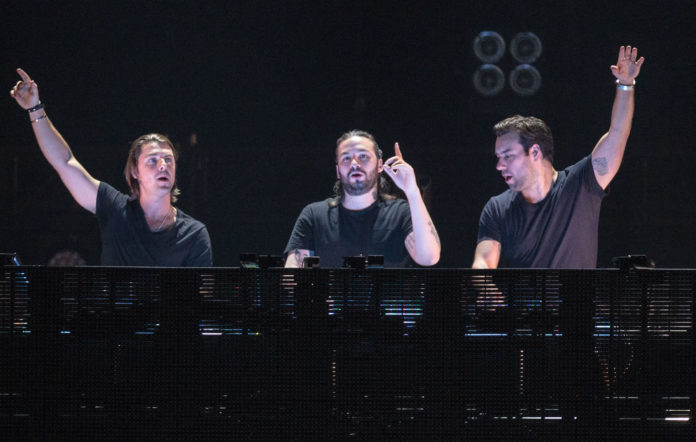 It’s been a while since the world of dance music lost its minds during Ultra Music Festival in Miami,2018 when Swedish House Mafia made a comeback and announced they were back.

New music from the legendary trio has been awaited with bated breath since then but has been almost nonexistent, to say the least.

The trio debuted a few tracks through their live sets, from ‘Don’t Call It a Comeback’ at Ultra Miami in 2018, ‘Underneath It All’ in Sweden during their comeback tour, and ‘Frankenstein’ with A$AP Rocky at Ultra Europe to name a few as We Rave You rightly pointed out.

The rumors have been clear that they had been working on new material for their comeback, but when where, and how we will what them, still remains unknown. A set of recent Instagram stories and lives’, by Max Holmstrand who is the trio’s day-to-day manager, and Alexander Wessely who is their art director, has recently sparked excitement among fans with the prospects of Steve Angello, Axwell, and Sebastian Ingrosso being back in the studio together.

It wasn’t long before fans of the supergroup began dissecting every detail of the videos from the artist’s voices to the actual space and teasers of what could be new music from the three.

Alexander seems to be teasing something & small preview of new music? from r/SwedishHouseMafia

This is the same studio from yesterday… Max Holmstrad posted this to his story. from r/SwedishHouseMafia

Known for their cryptic hype machine tactics from the past, whether these glimpses will result in anything at all, is still absolutely unknown. While they’ve dropped a bunch of new music through their come-back sets, there has been no official Swedish House Mafia music released in about a decade now. Are these cryptic hints of something new coming soon? Is 2021 going to be the year we officially get new SHM music? Well, all we can do is hope so. Stay tuned and we will keep you posted if there’s any official information to come out of this.