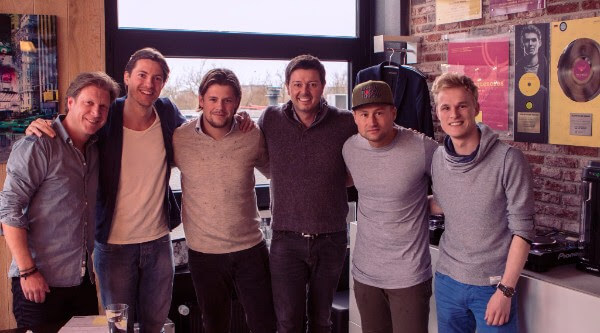 Amidst the galore of sub labels recently joining the ranks of Armada Music, a new joint venture has led to another fresh imprint to come into existence.

The Amsterdam-based record company has now partnered up with Don’t Let Daddy Know to launch #DLDKMUSIC.

Don’t Let Daddy Know is one of the biggest international EDM brands in the world, having hit EDM hotspots in Hong Kong, Chile, India, Ibiza, The Netherlands, and more with their full-fledged stadium events. Throughout the years, a great amount of world-renowned artists have come to play at the esteemed events, including Dimitri Vegas & Like Mike, Martin Garrix, Skrillex, Showtek, Steve Angello, Steve Aoki, and many more.

The first release to hit #DLDKMUSIC is Sem Vox – ‘Get It Up’. It will be the official anthem for Don’t Let Daddy Know Amsterdam 2016, returning to the Dutch capital for round three on March 5th at the Ziggo Dome with Steve Angello, Sunnery James & Ryan Marciano, R3hab, Blasterjaxx, and more.

Maykel Piron, CEO Armada Music: “DLDK has been one of the leading EDM events since its inception and I’m really happy about teaming up with these guys to launch #DLDKMUSIC. I’m certain that we can make it a great success.”

Essam Jansen & Alex Hes, Owners E&A Events/DLDK: “We are really happy with this new partnership with Armada Music. Maykel Piron has a great company and we’re sure that we can make this a great success. We have some great music coming up that will be released soon.”

With the addition of #DLDKMUSIC, Armada Music now has 31 labels under its wings. Some of the most notable imprints include W&W’s Mainstage Music, Gareth Emery’s Garuda, Dimitri Vegas & Like Mike’s Smash The House and various labels led by five-time #1 DJ in the world Armin van Buuren.