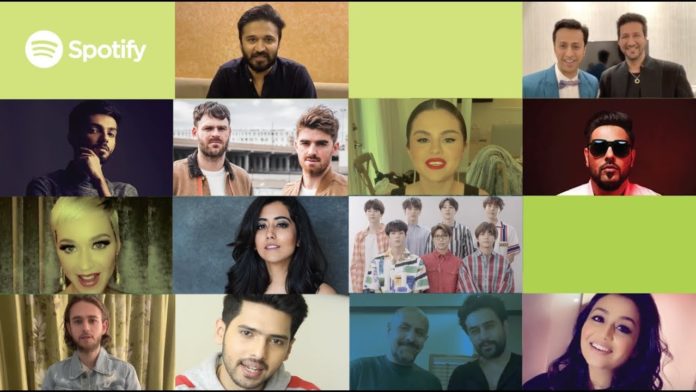 Gone are the days when we had to reroute our App stores and regions on our devices with VPN’s only to be able to use Spotify in India.

Just one week into making its grand entry into the Indian markets, Spotify has proved it was worth the wait and taken the markets by storm.

With a whopping 1 million users signed up in only it’s first week in India, Spotify is here to dominate. Prevailing music streaming platforms in India such as Apple Music, JioSaavn and Gaana are sure to feel the brunt of this new entrant, but then again, we aren’t surprised.

As reported by The Verge, India’s total population is 1.34 billion people, but only about 150 million, or about 11 percent, subscribe to a music streaming services, according to a report by Deloitte and Indian music-industry body IMI published earlier this year. Of this 150 million, less than one percent of subscribers pay for a subscription and about 14 percent have a bundled subscription (such as Amazon Prime, or through a mobile contract). The remaining 85 percent stream music with free subscriptions.

So, while 1 million is a large number, Spotify is reaching less than one percent of the Indian music streaming population, and it has likely signed up few paid subscribers. Local players like JioSaavn and Gaana, dominate the markets with about 80 million users.

With a catalogue of over 40 million songs and 3 billion playlists on offer, Spotify has proved time and again that it is undefeated in its level of curation. Coming in at a slightly lesser monthly subscription cost, they are offering a monthly Premium subscription for Rs.119, or about $1.67, along with flexible pre-paid plans that range from a single-day pass to six months of access making it affordable for the masses.

Spotify entering one of the most swiftly growing markets was definitely a big deal not just for people in India, but globally. And some of our favorite artists were not to be left behind. Check out the warm welcome Spotify India got from not just our local talent but also the big guns from the International markets.

Dear music lovers from India! ?? As of last week, you can find us on @spotifyindia! ? https://t.co/aoVluK4lM7 pic.twitter.com/iFd9XZiPDj

Some others from the world of Pop and Dance music that were part of an official Spotify video to welcome the platform to India included The Chainsmokers, Zedd, Dimitri Vegas and Like Mike, Alan Walker, Katy Perry, BTS, and more!

Bringing it closer to home, a bunch of extremely talented artists from India also took the time to shoutout and welcome the platform to India. From Monica Dogra to Dualist Inquiry, and Armaan Malik to Badshah. The admiration and excitement each of them had for the platform coming to India seemed elevated.

While JioSaavn may be considered a direct competitor, they decided to show Spotify some love on Twitter with a cheeky welcome, but Spotify India was fast to snap back and we can only hope this ‘admirable’ relationship continues!

Let’s slow dance to this? ??https://t.co/4a7frVsn0Z#LetsPlay

If you have downloaded the app, don’t forget to follow us here.