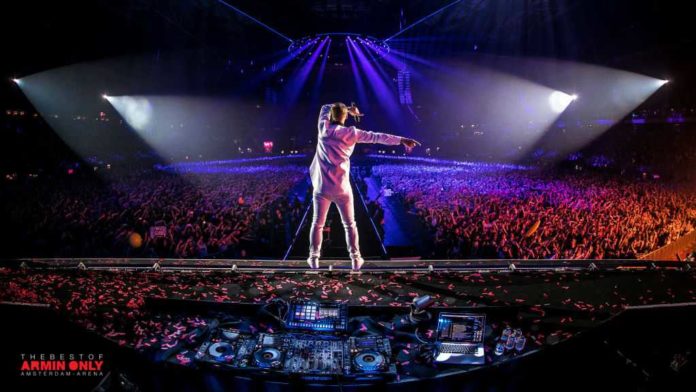 Two times 40,000 fans from 97 different countries in a sold-out Amsterdam ArenA, a behemoth LED screen (1200m2), two-hundred crew members, two-thousand blasts of fireworks and so much more. It’s no surprise that ‘The Best Of Armin Only’ truly was Armin van Buuren’s biggest solo show ever.

Armin van Buuren: “I’m still shaking from all this. This show, this crowd… It was absolutely phenomenal. I’m a bit bummed out that it has gone by so quickly, but I enjoyed this so, so much. I’d like to thank everyone for their support and all of their hard work, my fans of course and also Alda, 250K, DLP, Armada and Corrino Media Group. ‘The Best Of Armin Only’ isn’t just my ultimate highlight. It’s ours!”

The livestream on arminonly.tv, Facebook Live and Dutch television station RTL 4, which reeled in over 4.8 million viewers from all over the globe, showed the full extent of ‘The Best Of Armin Only’. Joined on stage by 22 artists, 45 dancers, ten acrobats, four trampolinists and a drum band of fifty-six strong, Armin van Buuren went all out on all fronts for ‘The Best Of Armin Only’. It is without doubt a show tantamount to the artistic stature of Armin van Buuren.