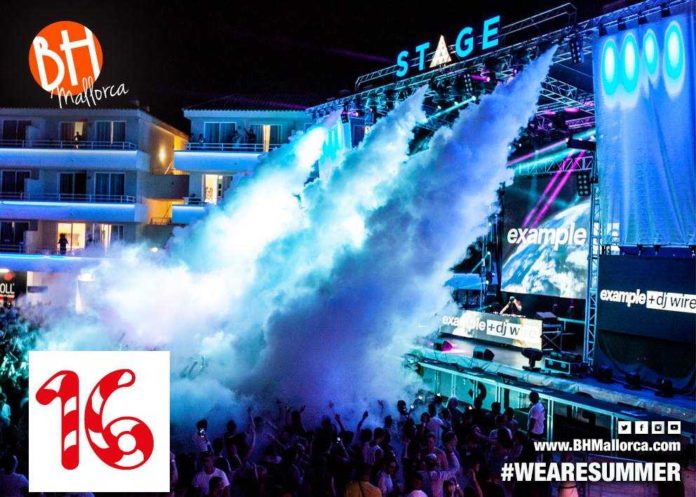 After a sensational summer season that is still being talked about all over clubland, BH Mallorca is now looking ahead to 2017 when they will once again pull out all the stops with more top international DJs and live acts playing each week from 15th June, when things open with Dim Mak legend Steve Aoki, fresh off the back of his worldwide smash with One Direction’s Louis Tomlinson.

BH Mallorca is the premier party and holiday location in Europe with its no expense spared hotel, water park and unrivalled musical programming. As well as world class DJs and live music acts, rooms are perfectly equipped with everything you need – air-conditioning, free hi-speed wifi, views of the stage, beach club or water park, flat screen TV’s with UK channels, hairdryers and lots more besides. There is also an Island Beach Club that is open every day as well as a huge area for live events, THE STAGE, which is Mallorca’s only open-air festival venue. There is also TWISTED water park with white-knuckle rides, a wave pool, giant jacuzzis and everything else you could want to have the time of your life in the Balearic sunshine!

Chief amongst these are a huge Opening Party with Steve Aoki on June 15th, then grime king Tinie Tempah plays on the 20th, chart star Example returns on June 27th, the one and only garage icon Craig David plays on July 18th then Creamfields throw their own massive festival on July 20th.

There are many more acts as well as some great new developments at the club to be revealed soon so keep your eyes open in the New Year. In the meantime, get booking now because BH Mallorca is sure to be full-up all season long.