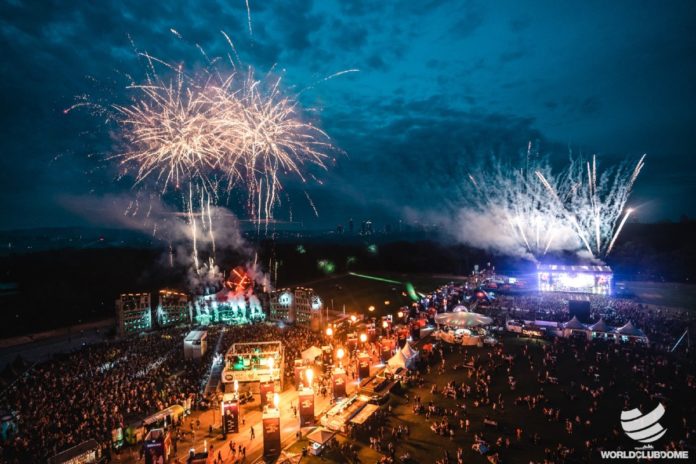 The festival landscape was rocked once more with the media announcement that, not one, but seven German festivals have been forced to cancel their open-air events this summer, as a result of the ongoing coronavirus pandemic.

Pioneering events company BigCityBeats is pulling out all the stops as it becomes the first promoter nationwide to name a concrete replacement date for a major event in 2021: the BigCityBeats WORLD CLUB DOME Las Vegas Edition to take place this later this year!

“We are not cancelling the Las Vegas Edition for 2021,” said Bernd Breiter, CEO of BigCityBeats. “We are happy to announce that Deutsche Bank Park Frankfurt has given us a date for September 3rd, 4th and 5th for the biggest club in the world. Planning for an event in early June this year is too uncertain due to the current situation, but there is still six months until the beginning of September – and a lot will happen in Germany in those months. By then, we may have achieved herd immunity,” Breiter said. So there is justified confidence in implementing the biggest club in the world in September 2021. “To be able to safely carry out a WORLD CLUB DOME as early as June is more than uncertain at this point. We need security planning and are therefore building towards the fall of 2021 with a sophisticated security and hygiene concept.”

Due to the almost daily changing events, decisions and measures, large-scale events such as the BigCityBeats WORLD CLUB DOME cannot be planned at the last minute. More than 300 artists stand on more than 25 stages over the three main days with a manpower of several thousand people acting behind the scenes – this requires months of preparation time.

“Currently, it is only possible to plan in four-week intervals,” says Bernd Breiter, who is looking forward to the option in September. Turning the big event into a small event was not an option for the Frankfurt-based family entrepreneur. “The BigCityBeats WORLD CLUB DOME is a huge spectacle, you can’t reduce that to a minimum. It’s either business as usual – or not at all,” is the CEO’s statement.

The BigCityBeats WORLD CLUB DOME Las Vegas Edition in September 2021, will have an advanced hygiene and safety concept, which will be meticulously worked out and coordinated with all health authorities and regulatory agencies. “We will include in our planning all security measures possible at the time to protect visitors,” said Breiter, who would not rule out on-site corona testing and electronic detection for negative infection.

“Even though our hands are currently tied by the pandemic,” Breiter said, “we are not stagnating at BigCityBeats. In 2020, we showed that despite Corona, we’re not going to let it get us down and the weekend feeling lives on with BigCityBeats.” With more than ten livestreams, six BigCityBeats WORLD CLUB DOME drive-in shows and three alternative events, including one at MyZeil in Frankfurt am Main which featured a DJ booth on the longest escalator in Europe, BigCityBeats continued to inspire fans even in the most difficult of times. The BigCityBeats WORLD CLUB DOME Night of Light Edition on 22.06.2020 combined party livestream with an admonishing appeal of the event industry to the political landscape.

As can be expected from the ground-breaking events company, BigCityBeats still has many major projects in the pipeline. Offering a small taste of what’s to come, last week the cooperation between BigCityBeats and the European Space Agency (ESA) reached a new climax as Bernd Breiter composed the ‘Space Symphony’, the music for astronaut Matthias Maurer’s Cosmic Kiss space mission. Maurer will launch as commander to the International Space Station ISS in fall 2021 – with the ‘Space Symphony’ in his luggage. Stay tuned for more.