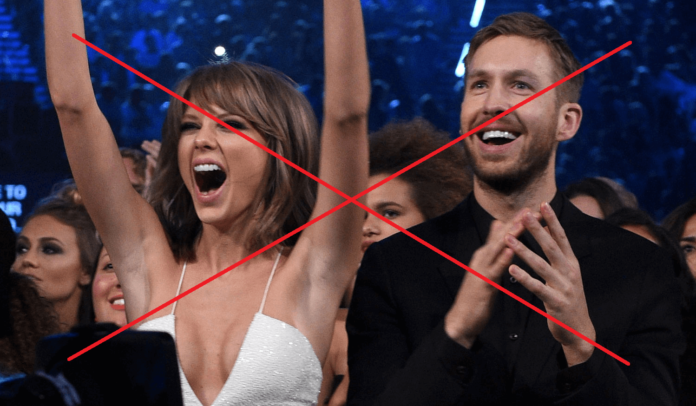 Calvin Harris has had enough of Taylor Swift if these tweets are anything to go by… He even let her little secret out.

Calvin Harris really hates Taylor Swift at the moment. Following their breakup, the pop singer has already found a new man for herself and as Calvin puts it, has made him to be the bad guy. Well, Calvin was so livid the other day that he even let out her little secret…

The secret that Taylor Swift wrote and sang in Calvin Harris’ ‘This Is What You Came For’ featuring Rihanna! Yep, Swift was even credited for her contribution under the pseudonym of Nils Sjöberg.

And she sings on a little bit of it too ?
Amazing lyric writer and she smashed it as usual https://t.co/vW3yGOIJit

I wrote the music, produced the song, arranged it and cut the vocals though. And initially she wanted it kept secret, hence the pseudonym

Hurtful to me at this point that her and her team would go so far out of their way to try and make ME look bad at this stage though ?

I know you're off tour and you need someone new to try and bury like Katy ETC but I'm not that guy, sorry. I won't allow it

Katy Perry got in on the action too…

Make what you want of it, but I feel Taylor deserves all the heat she’s getting from Calvin at the moment (not that she cares).