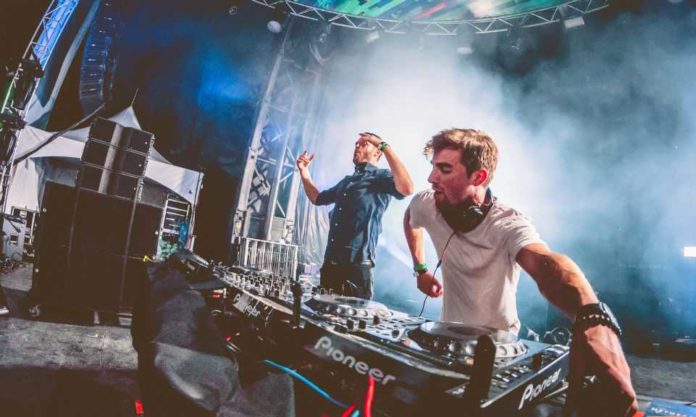 One of 2016’s most successful duos, The Chainsmokers ended 2016 with a bang. Their performance at LACC (Los Angeles Convention Centre) on December 30th was the biggest headline show of their career.

The duo took the opportunity of this significant show to finally premier their upcoming single, which they’ve been teasing on popular social media platform, Snapchat for a while now.

This new track is quite mellow and is focused more on the lyrics and composition. With every new single, The Chainsmokers are showcasing their new set of skills. Well, this track is also going to be stuck in your head (just like their previous tracks).

If you’re thinking that this was the biggest highlight of their show, it wasn’t. Drew & Alex have previously brought Tiesto, G-Easy and Third Eye Blind at their Coachella performance.

Considering the hype around this show, maybe a few fans expected similar surprises.

When @TheChainsmokers decided to blow our minds and bring out the Backstreet Boys last night! #LACCDreaming pic.twitter.com/IfuPTJWyHW

Stoked we got to share the stage w/ @thechainsmokers tonight! Congrats on your huge La Convention Center gig… and thx for having us ? pic.twitter.com/PPfd5jhSsW

For the show at LACC, they brought along none other than the Backstreet Boys! This must have been a delight for the millennials.

Another guest appearance was made by Big Sean. But with Backstreet Boys out there, the game was already won.