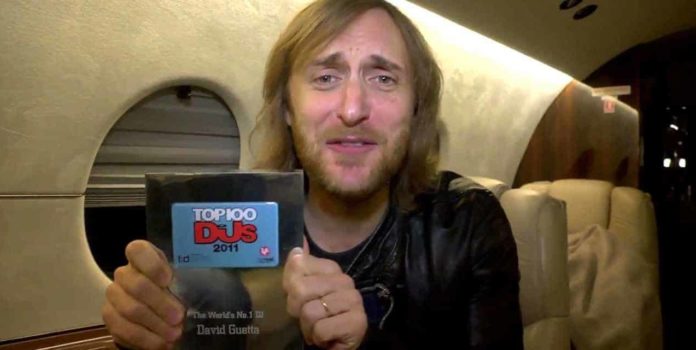 It’s that time of the year, when the voting for the DJ Mag Top 100 poll is well and truly underway, as fans across the world vote for their favourite DJs.

Finishing in the Top 100 list is a big deal for most DJs as it is a parameter to judge their popularity, and which also helps them build a case when being booked, or when it comes to brand collaborations.

Hence, a lot of DJs deploy campaigns this time of the year in order to get votes. Given how cluttered the category is bound to be, it’s best to apply a disruptive model in order to break through, and make your point.

And that’s what David Guetta seems to be doing.

In a rather surprising video that he posted on Instagram, David Guetta revealed that he will jump out of a plane (yes, you read that right), if he manages to finish in the top 3 of the DJ Mag Top 100 Poll this year.

The French DJ/Producer last finished in the top 3, when he won the poll back in 2011. Last year, he managed to claw his way back in the top 5, after finishing outside it for two consecutive years in 2016 and 2017, and it will be interesting to see where he finishes this year.

For the sake of watching him jump out of a plane, we are rooting for David! What about you?