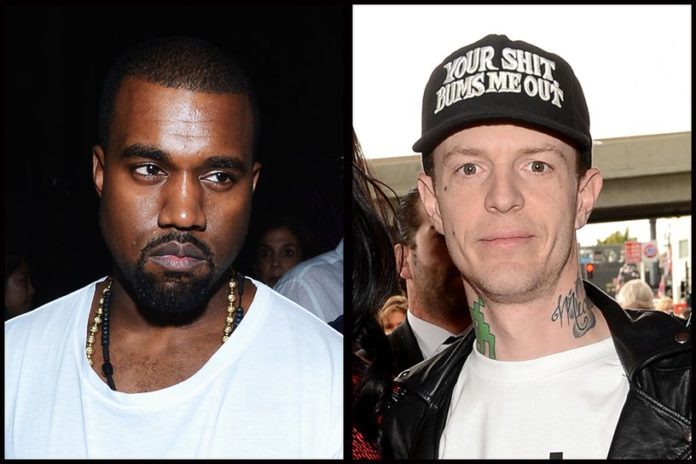 Deadmau5 may be the troll king of EDM but his recent tweets slamming Kanye West are fully justified.

Kanye recently tweeted a picture of him watching a video of Sufjan Stevens on YouTube. Fine, seems pretty harmless right?

Look a bit closer at the opened tabs in Kanye’s browser. You can see that the rapper is downloading a torrent for VST Serum from Pirate Bay. Now deadmau5 is one of the co founders of Xfer Records (which also houses the VST plugin), so its pretty understandable that he wasn’t happy with what he saw. Causing the following reaction.

Let's start a Kickstarter to help @kanyewest afford a copy of Serum.

He needs a small loan of 200$ #prayforyeezy

Maybe Kanye is really $53million in debt after all… #PayForYeezy

Kanye did get back to the mau5 with the following twitter rant. We just don’t know what to make of it… Have what you will but Kanye is definitely living in a delusional world right now.

Deadmau5 did not stay quiet for too long as he hit back at Kanye’s tweets in his usual fashion. Also in light of Kanye calling him dead-mau-five, Joel decided what he rather be called was ‘dead mow cinco’. Read on…

Imma let you finish…. But you should probably be saving the money for a 4th grade education. https://t.co/1yqBoIg1Z1

@kanyewest perform at your own daughters parties. You're a bigger fuckin clown than anyone I know.

Dillon Francis had to get in on this one somehow. Though he was smart enough to do it on Instagram and not get messed up in this Twitter war.

@deadmau5 you knew this was gonna happen!