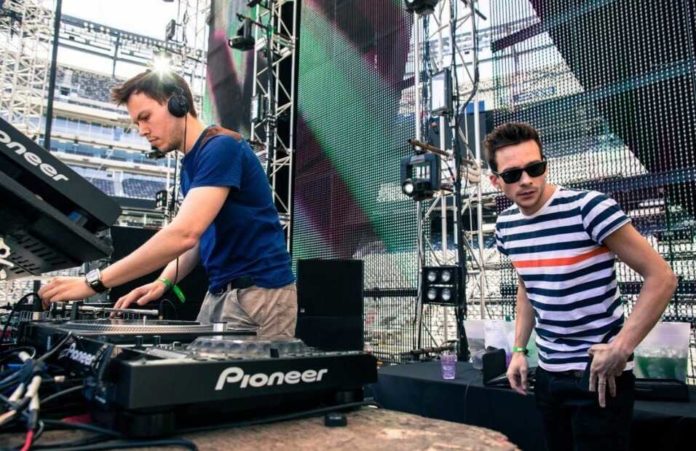 2016 hasn’t been an ordinary year for UK bass act Delta Heavy and the British duo are about to shift things up a gear yet again. Proudly announcing a fortnightly residency starting Friday Oct 14th – Delta Heavy will be hosting their weekly radio show ‘Paradise Lost Radio’ on the Evolution network on iHeart Radio every second Friday night across North America. Bringing listeners the biggest and best new music from Drum & Bass, Dubstep, Trap, Bass House and Future House for 1hr every second Friday, the show broadcasts at 9pm PST Friday / 12am EST Saturdays across the US. Evolution is part of iHeart Radios commercial FM and HD2 satellite radio. It broadcasts to an astonishing quarter of a billion listeners each month.

Not in the US? Listen to the Paradise Lost Radio Spotify playlist.

Kicking it off with their debut album, ‘Paradise Lost’, which launched straight into the top 10 electronic charts in both the UK and US, it has been nothing shy of ground breaking. Covering over 60 dates internationally on the album tour including a headline slot at The Common – Glastonbury, Reading & Leeds, Secret Garden Party, EDC Las Vegas, The Warehouse Project, SW4 and Creamfields plus a string of club and festival shows.