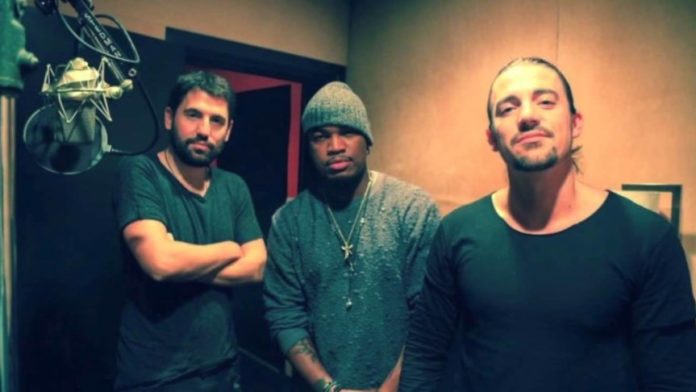 Sending 2015 into overdrive already with their Celeb-touting smash ‘The Hum’ starring Charlie Sheen and Jean-Claude Van Damme, the Smash The House bosses and unstoppable brothers, Dimitri Vegas & Like Mike are now back with US hip-hop sensation Ne-Yo for the hit of the Summer, ‘Higher Place’. First up teasing fans with a series of videos across their social media channels, Dimitri Vegas & Like Mike now release the official lyric video of ‘Higher Place’ ahead of the scorching full video release this Summer.

Premiered live at EDC Las Vegas with the Grammy-award winning Ne-Yo himself joining the duo as a very special live guest on-stage, over 60,000 fans sang along in unison thanks to the scene-penetrating force ‘Higher Place’ has become. Crossing Ne-Yo’s R&B top-lines with their party-ready beats, ‘Higher Place’ has exploded not only across Dimitri Vegas & Like Mike’s own show-stopping sets, but also gained support from artists including W&W and Bassjackers.

Now, the official animated lyric video allows fans to sing along in any environment, from the festival fields to the carnage of the club, let Dimitri Vegas, Like Mike & Ne-Yo to take you to a ‘Higher Place’ with the undisputed anthem of the Summer – full-length video coming soon.

Shazam the official lyric video for more info and grab your copy of ‘Higher Place’ this July.