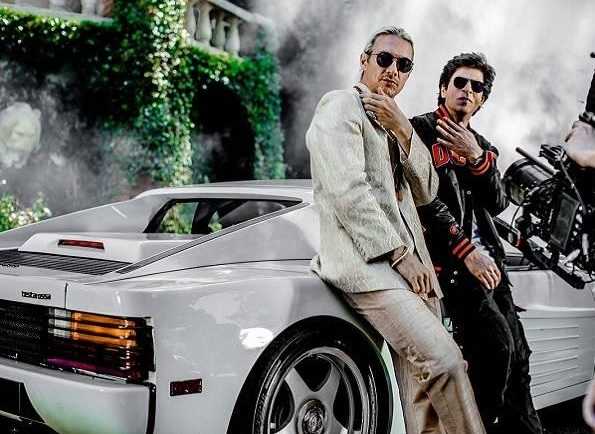 American DJ, record producer and singer Diplo has come to India multiple times to shoot the music video for his smashing tune ‘Lean On’ and to bring the mad Decent Block Party culture to India.

This time the American DJ is extending his ties with India by working on ‘something wild’ with the Bollywood superstar Shah Rukh Khan. Walked into the video @diplo is making for Phurrr! Got a starring role in it & his Decent jacket. Wes u r dope! Thx pic.twitter.com/1DLxfcAP3n

In his latest Facebook post, Diplo is seen wearing Indian ethnic clothes and Shah Rukh Khan is seen in Diplo’s MDBP attire. There’s not much information regarding the collaboration. We’ll have to wait until further announcements. Check out the post below: All images courtesy: Times Of India