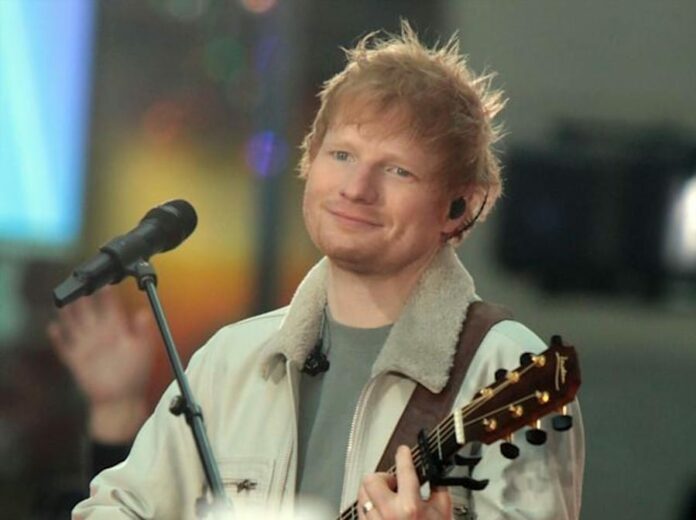 Pop sensation Ed Sheeran finds himself in muddy waters once again with another legal battle surrounding ‘Thinking Out Loud’ from his 2014 album, X.

Sheeran is now facing a $100 million jury trial over proposed copyright infringements stating the song has lifted melodic, harmonic, rhythmic, instrumental and dynamic elements from Marvn Gaye’s 1973 classic, ‘Let’s Get It On.’

As reported by People, last week a Manhattan federal judge cleared the way for further legal action against the singer-songwriter, who is accused of lifting elements from Marvin Gaye’s 1973 classic “Let’s Get It On” to write his own 2014 hit, “Thinking Out Loud.” Judge Louis Stanton said there that a jury trial would be needed to resolve the issue writing, “There is no bright-line rule that the combination of two unprotectable elements is insufficiently numerous to constitute an original work. A work may be copyrightable even though it is entirely a compilation of unprotectable elements.”

This isn’t the first time Sheeran has seen legal trouble linked to the track, back in 2016 the estate of the songs late co-writer Ed Townsend sued Sheeran over copyright infringements, the case dismissed the following the year, although the judge’s decision to dismiss the case without prejudice ultimately meant that it could be filed at a later date.

Following that, the Townsend family sold a third of their shares to Structured Asset Sales, who ultimately relaunched the case in 2018. The case then suggested that Sheeran utilized “melodic, harmonic, rhythmic, instrumental and dynamic elements taken from Gaye’s song.”

As reported by We Rave You Structured Asset Sales and its owner, David Pullman, the result is one step closer to a major victory, and he, “looks forward to more success in this case which involves the largest copyright infringement in history.”

No date has yet been set for the case and it remains to be seen where this goes next. Listen to both songs below and see if you hear the similarities in the elements.