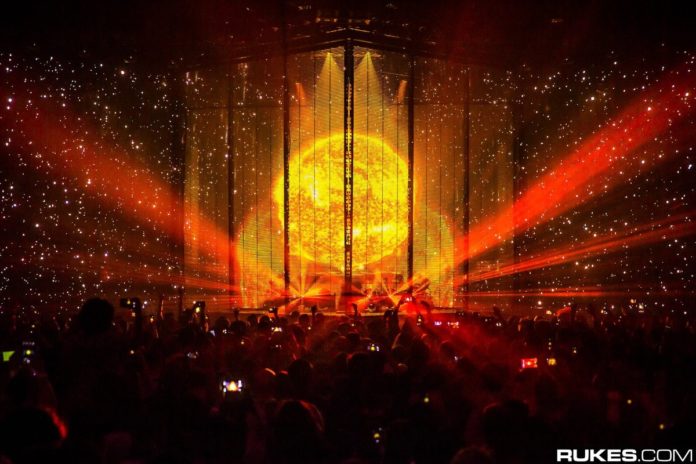 First came EPIC. Next was EPIC 2.0., followed by EPIC 3.0. Now the Swedish DJ/producer Eric Prydz is currently on tour with EPIC 4.0!

As shown in Mashable’s Exclusive Look Inside the Live Show, the show speaks out on the hard work and effort Eric and his creative team have put into the stage design for the live shows. The result is indeed… epic on a whole new level.

The holographic light visuals used in his live shows combined with his performance, along with new music from Opus, together are pure wizardry. This show is truly a work of art worth seeing in person- a fascinating masterpiece to behold with one’s eyes.

“It’s the best looking, by far, dance music live show ever. Ever, ever, ever” he says.

Radio DJ Zane Lowe from Beats 1 describes Eric, praising him as “one of the greatest DJs of the genre, but also one of the biggest and most ambitious sounding producers of the genre” referring to The Chemical Brothers, Daft Punk, The Prodigy, and the Underworld.

Prydz expresses himself on the different ways he comes up with his music:

“I don’t follow trends, like, I don’t listen to what someone else has come up with. I need to, you know, do my own journey and tell my own story with the music I make. I just sit down and I make something that I feel is missing in my life.” He also sees vocals as another instrument, rather than paying attention to the lyrics, he sees it as a “melodic aspect” and what “it adds to the track, as an element, as a melody.”

Eric and his team have always tried to improve each EPIC show by using the latest technology they can get hold of. That’s how they came up with the idea of a cube using a transparent LED wall and holographic elements to give the vibrant visuals a three-dimensional feel.

Eric describes his passion for his art as something he lives and breathes.

“My plan is to have as much fun as possible, just do whatever I feel like doing, you know, musically. This is my goal. Just being able to make music and to see the world is the dream, really. It’s not work if you love it, right?”

Take a look behind the scenes at Eric Prydz and his team’s journey to bring America EPIC 4.0!