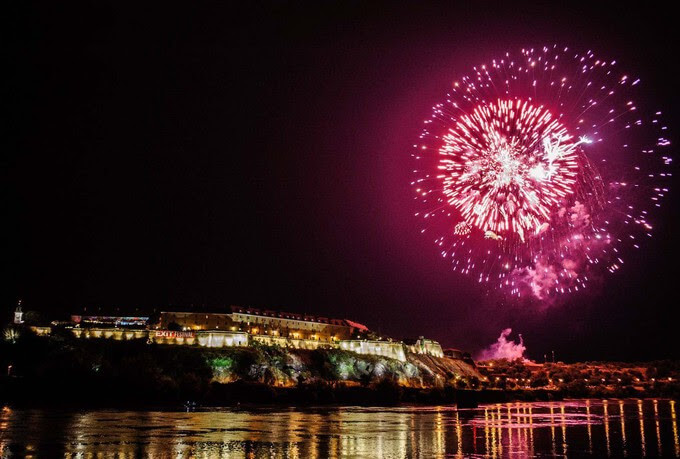 EXIT Festival is only a week away and the final acts have been added to the line up and the program is ready. Taking place from 7 – 10 July in the Historic Petrovaradin Fortress overlooking the river Danube, EXIT is set to be another unforgettable festival holiday experience.

The Main Stage will some of the greatest music stars today, including The Prodigy, Ellie Goulding, David Guetta, Bastille, The Vaccines, Wiz Khalifa, George Clinton & Parliament-Funkadelic, Stormzy, Tinariwen, Wilkinson, Sigma and many others. Joining this prestigious list is the popular Slovenian producer Gramatik, who is bringing his special live performance to EXIT Festival, accompanied by New Orleans’s guitarist, Andrew Block. On Saturday, 9 July, one of the biggest regional bands Disciplin A Kitschme will perform this year as part of [email protected], and in primetime, right after the African rock-world music sensation Tinariwen, and before English rockers The Vaccines! Standing shoulder to shoulder with the biggest stars in the world, while the stage also welcomes other locally acclaimed stars – Repetitor, Irie FM, and Killo Killo Banda. With Stormzy and Wiz Khalifa, headlining the hip-hop night at Exit Festival, a special warm-up party will be staged by the Bassivity record label for the international audience, with over 10 rappers led on stage by Reksona, Ikac and Struka! The honor of closing the lineup at the main stage goes to a joint performance by the renowned hip-hop artist DJ Iron, and dancehall-reggae master from England, JSTAR.

The Dance Arena line up would not be complete without other local and regional superstars, and this year they are made up of Insolate, Calavera & Manya, TKNO, The Beatshakers, John Belk, Alexandar Ivković, Roske, Divolly & Markward and La Costa. A special guest will join this group of residents this year, as well as the popular protégé of Ritchie Hawtin, the Italian DJ and producer Fabio Florido, but also one of the leading Swiss DJs Gil Glaze.

The regional dream DJ team TTP – Teenage Techno Punks, founded almost 20 years ago by Marko Nastić, Dejan Milićević and Miloš Pavlović, will perform in full strength as part of the closing line up for the first festival night on Thursday, 7 July! This reunion will be an opportunity for our three, internationally acclaimed producers to once again stand together behind the mixing table and put on a spectacular show, which permanently marked the scene of the entire region and opened the international door for entire generations of new artists from the Balkans!

New for 2016 is the No Sleep Novi Sad Stage will collaborate with the leading “underground” clubs in Europe. The honor of starting the insomnia of the first night goes to legendary club Nitsa, from Barcelona, whose three decade-long history will begin on Thursday 7 July, with performances by The Hacker, Rebolledo, DJ Fra aka Ferenc, Tijana T, Klaus, Comrade Winston and Cameron Jack. Friday, 8 July is reserved for the celebration of the 25th jubilee of the famous techno institution Tresor, from Berlin, and for this occasion the fortress will host Moritz von Oswald, Dasha Rush, Zadig, Psyk, Regen aka Miloš Pavlović and Filip Xavi. This year as well, Saturday, 9 July, is expected to break all attendence records, and currently the most popular European club, Concrete, from Paris, is ready, and after the success of their Weather Festival they are sending their star lineup to EXIT with support from two local names: Tommy Four Seven, Antigone, Francois X, Shlømo (Live), Lag, and Vegim & Flekitza! Setting up a united front, the leading Austrian electronic club Grelle Forelle, from Vienna, and the Belgrade’s legendary “techno cathedral” Drugstore, have prepared an innovative and exciting electronic sound which will bless No Sleep Novi Sad Stage on Sunday, 10 July, with performances by Powell (live), Cassegrain, Campbell Irvine (live), Parrish Smith, Laminat Kobermann, 33.10.3402, kӣr (Live) and Lakmus Red (Live).