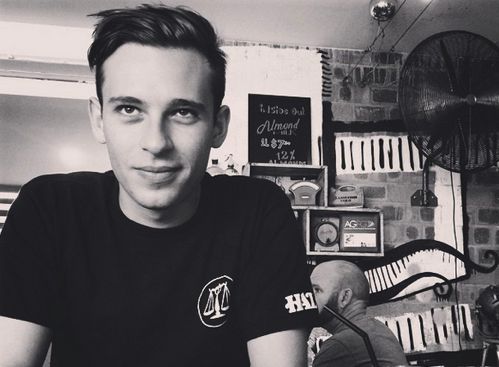 Flume’s back! & we’re all excited!

Australian music producer Flume was named one of the artists the watch in 2015. Though short of a few remixes and one original production Flume didn’t quite live up to everyone’s expectations. Well doesn’t matter cos he’s back with the announcement of his new album, Skin.

Flume released a preview of his Skin LP via ToneDen. The preview teases some quality Flume-like music with a lot of bass influence. The LP does not have an official release date as yet but we can be sure of an early 2016 release. Here’s to beginning your 2016 with a bang! Music Akshay Bhanawat - July 2, 2022 0
Prolix is kicking down another dancefloor annihilator arriving in the shape of his new single “Everything,” the second standalone release he’s unloaded onto the...

K?d Drops New Single, ‘IF THIS IS A DREAM’

Music Akshay Bhanawat - July 2, 2022 0
The electronic music wunderkind k?d touches down on HARD Recs with his latest creation, “IF THIS IS A DREAM,” the third single pulled from...

Music Akshay Bhanawat - July 2, 2022 0
The electronic duo Crystal Skies is slated to release the ‘Not Since When (Remixes),’ a staggering 22-track remix LP of their debut artist album...

Music Akshay Bhanawat - July 2, 2022 0
Canadian duos Eminence and Weston & Teston returned to Monstercat today, with their nostalgic progressive house single, “Take Me Away.” Featuring angelic vocals from...
ABOUT US
What started as an interest, slowly turned into a passion, and before we knew it, we had curated and founded a thriving community of avid electronic dance music lovers.
FOLLOW US
© Copyright 2022 - T.H.E Music Essentials