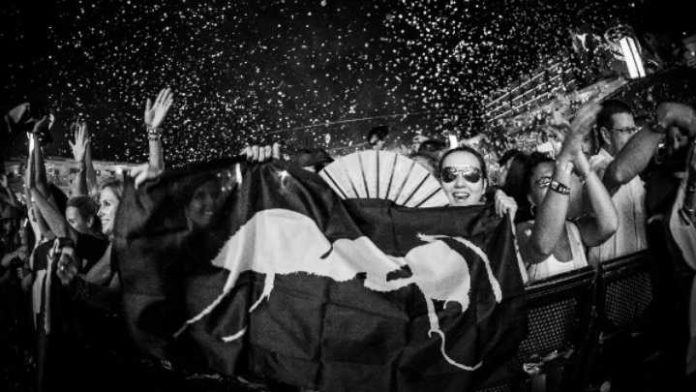 ANTS have announced the full DJ line up for their biggest international event yet at 02 Academy Brixton on Easter Thursday 13th April. With Eats Everything and Groove Armada already confirmed as headliners, ANTS have announced that resident DJ, Andrea Oliva, will be joining them, backed up by house music stars Waze & Odyssey and Second City.

Andrea Oliva has been the host and resident DJ of ANTS since the club launched at Ushuaia, Ibiza in 2013. In 2016, Andrea made his debut for clubs, Elrow at Space and Music On with Marco Carola, plus festivals, SW4, Creamfields, We Are FSTVL, Electric Zoo, and Parklife. Andrea mixed the All Gone Pete Tong Ibia 2016 compilation alongside the broadcaster.

Waze & Odyssey aka Serge Santiago and Firas Waez joined forces in 2011 to launch W&O with releases on Wolf Music, Let’s Play House, and Tsuba as well as their own heavily championed W&O Street Tracks. Their bootleg of R Kelly’s ‘Bump ‘N’ Grind’ was picked up by Sony in 2014 and charted at No. 3 in the UK.

Second City was born in the UK but raised in Chicago and has a pan-Atlantic outlook on house and techno. Following releases ‘The Story’ EP on Huxley’s Saints & Sonnets label in 2013 and ‘I Enter’ on Dirtybird in 2014, his follow up track ‘I Wanna Feel’ was picked up Mistajam’s Speakerbox label and charted at No. 1 in the UK. This was followed by releases on Defected, Suara, Saved, Circus, and ensuing festival dates at Glastonbury, Reading & Leeds, SW4, Creamfields, Pukkelpop, The Social, plus an Ibiza residency for Tribal Sessions at Sankeys.