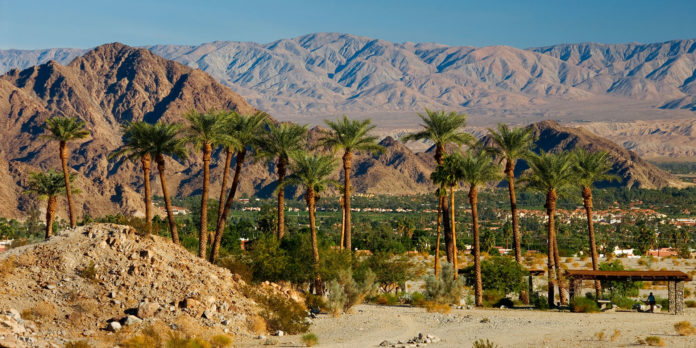 California is far and wide one of the current hot spots of Covid-19 and is seeing a staggering number of cases followed by deaths.

According to Palm Springs ABC affiliate station KESQ, one of the largest event promoters and the company behind Coachella and Stagecoach, Goldenvoice, has offered to help create a mass vaccination site in the heart of Coachella Valley.

Supervisor Manuel Perez said, “With the concerts and all the logistics in planning it that take place, they are willing to be helpful and supportive in this effort of a mass vaccination site”.

Kim Saruwatari, Director of Public Health for Riverside County, said “Goldenvoice is amazing at this and as I have said earlier in my remarks this is kind of an all hands on deck. We will take support from anyone who has some expertise to lend, and they certainly do.”

As cases soar and show no signs of slowing down, the Mayor of Palm Springs clearly signalled another postponement of Coachella Valley Music and Arts Festival which is currently scheduled to be held from April 9-18th, 2021 saying the city would not allow any Spring events to take place yet.

In a recent interview on The Morning Beat with AJ and Mikalah on January 13th, Palm Springs Mayor Christy Holstege confirmed that the city would not be hosting spring events saying, “We’re not planning on events in spring this year. We’re hoping that those events will be rescheduled to the fall of this year.”

Though there has been no official communication regarding the postponement of Coachella Valley Music and Arts Festival by Goldenvoice yet, the Mayor went on to confirm the city will not allow Spring events to go forward and is hopeful for their return in Fall 2021. The official website (link – https://coachella.com/passes ) shows the 2021 dates, but pass information and FAQs are still reflecting the 2020 festival information and is awaiting an update.

Pass holders from 2020 and 2021 are still waiting for an official update from Goldenvoice which is still pending as to what this postponement will mean for them.