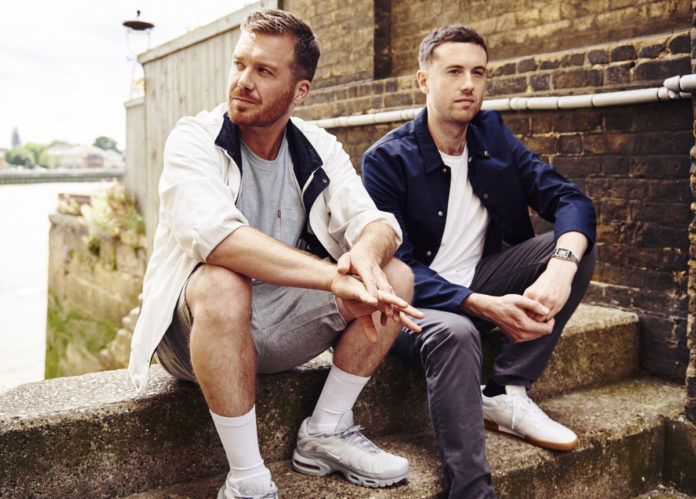 Celebrated British production duo Gorgon City have announced their Olympia headline tour to take place through September to December, marking some of their biggest shows to date, and taking place at some of their favorite venues.

The tour follows the band’s recent announcement of their eagerly anticipated third studio album Olympia, which is set to be released on June 25th via Astralwerks. Their new single “Tell Me It’s True” is out now – listen here.

An album shrouded in Greek mythology, Olympia, Gorgon City’s third album, is as grand in scale and ambition as its title suggests. What began in 2019 as a compact, 10-track project has grown into an 18-track opus covering multiple moods and movements. From the sultry slouch of “House Arrest” with Soffi Tukker, to the big-room bridges and drops of the DRAMA – featuring “You’ve Done Enough,” each new addition to Olympia is both a symbol and product of the pair’s unbridled ambitions for what they wanted to be a big record in every way conceivable. The record includes features from an incredible roll call of exciting new talent in the form of Aura James, alongside past collaborators Josh Barry, Sofi Tukker and DRAMA.

Formed in 2012, Gorgon City have sold over 10 million singles and clocked up over 1.5 billion streams. While the duo are no strangers to chart success with hits such as “Ready For Your Love,” their sound is rooted deep in club culture and made for live shows. Many songs get road tested in clubs before being put onto an album. The live setting is where the duo truly thrives – 2019 saw amazing sets around the world including Coachella, EDC Vegas and Israel’s Get Lost Festival, as well as sold-out shows from iconic UK venues such as Printworks, Warehouse Project and Tobacco Dock.

The fans demand for Gorgon City’s return to the clubs is undeniable. This September, the duo will embark on some of their biggest and boldest shows to date, with the driving force being Olympia.