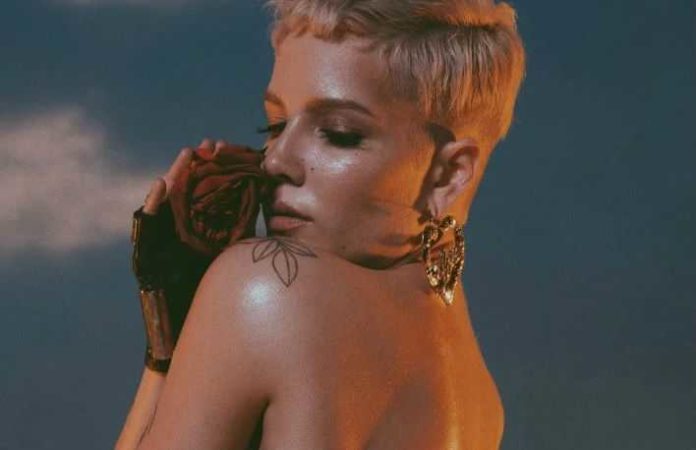 According to Billboard, Halsey earned her first ever No. 1 album post its release last week, the album not only marks a first for Halsey but is also the first woman to achieve No 1 album on the Billboard 200 Chart in 2017. The previous female artist whose album was No 1 was Lady Gaga’s Joanne in November 2016. The album’s single “Now or Never” recently achieved an RIAA Gold certification. hopeless fountain kingdom unfolds on the road this fall with Halsey’s eight-week headline tour, kicking off September 29th with PartyNextDoor and Charli XCX as support.

Halsey first stormed the pop culture kingdom in 2015 with her album Badlands, which now has five gold and two platinum singles. Her debut crash-landed at #2 on the Billboard Top 200 and earned a platinum-certification in under year. She sold out arenas everywhere and garnered a 2017 GRAMMY® nomination in the category of “Best Pop Duo/Group Performance” for “Closer,” her seven times platinum megahit with The Chainsmokers. Her reign continues with hopeless fountain kingdom.

TOUR DATES: Tickets are on-sale now at www.hfktour.com. For every pair of online tickets purchased, fans will have access to redeem one physical copy of the new album hopeless fountain kingdom.

Diplo Added As a New Playable Character to FIFA 21