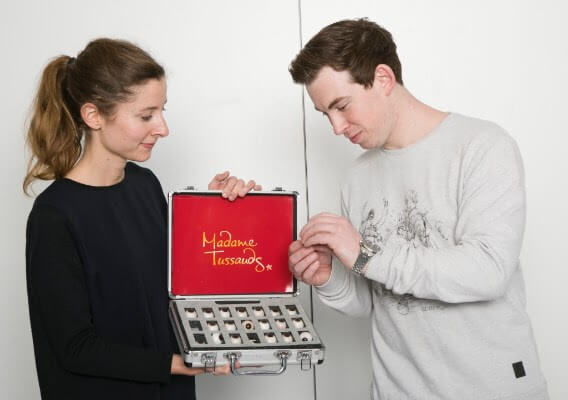 Joining the rankings of the dance music elite, breaking records and paving the way for a whole new generation of electronic artists, Hardwell is now appointed an alternative, permanent Dutch camp as he is inaugurated into Amsterdam’s world-famous Madame Tussauds waxworks museum.

Providing a pin-point for what is culturally relevant and riveting, Madame Tussauds has showcased hyper-realistic waxwork figures of world-class leaders, sports stars, musical mavericks and more across it’s multiple locations globally, including their Dutch branch that was the first international attraction outside of London operating for over 45 years.

After a busy 12 months that saw Hardwell launch his United We Are Foundation project to help put underprivileged children through education programmes, he also led a record-breaking Mumbai crowd in raising enough money to assist over 18,000 children in poverty and counting. Hardwell’s combination of supporting philanthropy as a top-class figure in production and DJ’ing, undoubtedly signals his position of positive status that is not just felt culturally in the Netherlands, but unified across the planet, as he continued on to win 6 IDMAs (International Dance Music Awards) for 2016 including ‘Best Global DJ’.

Resoundingly known for their intricate, detailed designs that bring every eyelash, nail and physical attribute to life, catch official behind the scenes footage of Hardwell filmed alongside the Madame Tussauds team that follows him from the measuring stages to wax preparation, before the complete, life-sized design will be available to view in-person from October 2016 alongside key modern figures including Justin Bieber, Tiësto and Kate Moss. Get ready to get as close as you can to the two-time #1 Top 100 DJ and book your tickets for an experience that you won’t forget…