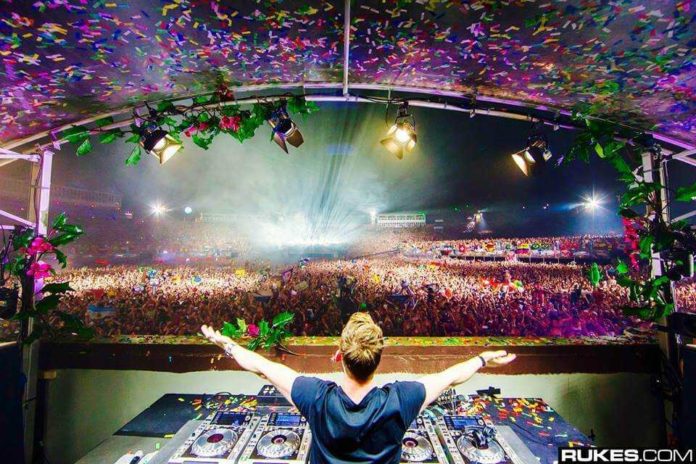 Dutch big room house, electro house DJ and record producer, Hardwell has not been booked for Tomorrowland 2017. This marks the 2nd consecutive year where the former 2-time world #1 DJ won’t be performing at the iconic Belgian event.

The Dutchman was a regular face behind the decks at Tomorrowland until 2016. Also, Tomorrowland has had a major impact on his increase in global popularity.

When you message Hardwell on Facebook messenger using the keyword ‘Tomorrowland’, you get an automatic response that says, “I’m not playing at Tomorrowland this year, for more dates check out https://www.djhardwell.com/tourdates”

However, other big names such as Martin Garrix, Afrojack, Axwell ^ Ingrosso, Eric Prydz and many more will be playing at Tomorrowland this year. Tomorrowland is set to take place on 2 consecutive weekends – 21-23 July and 28-30 July at Boom, Belgium.

Brussels Airlines, which has been flying to Tomorrowland for the past few years, has named Tomorrowland a national icon and will be flying a plane honoring the festival. Unfortunately you won’t be able to book the festival tickets now as they got sold out in 64 minutes! Book your TML Flight Tickets here, if you one of the lucky ticket holders!

Hardwell – Spaceman vs Somebody That I Used To Know