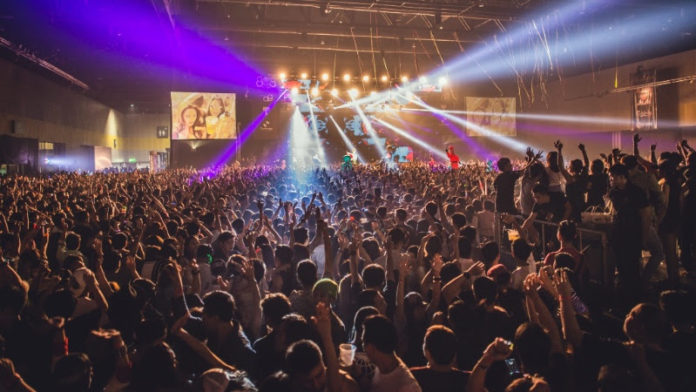 After an amazing event in 2014, 808 Festival is back on Wednesday December 9th with an even bigger and better show than ever.

Taking place at BITEC Convention Center, Bangkok, Thailand, this is the most diverse and dazzling one day event anywhere in Asia and already some massive names from across the worlds of EDM, house and techno have been announced, with now a second wave of exciting stars incoming. All the action will take place in two massive arenas. The 808 Arena is the main stage and boasts only the biggest stars in the world. Already announced are the likes of Armin van Buuren, Axwell ^ Ingrosso and Oliver Heldens, whilst now added to that are DJ Mag Top 100 star and OWSLA artist Porter Robinson as well as EDM supergroup Jack U aka Skrillex and Diplo. After joining powers, the OWSLA head honcho and Mad Decent label boss formed a powerhouse and showed the world a side of EDM that is creative, groundbreaking, original and downright the most raucous party ever known to the rave community. They have played gigs at places like Madison Square Garden and this gig at 808 Festival will be their first ever in Asia.

The second arena is the Sunn Arena and already announced for this one is Hot Creations boss Jamie Jones and Dirtybird chief Claude von Stroke, whilst now also playing is long time dance music legend Sharam, who has enjoyed fame as a solo artist in addition to still touring as Deep Dish but unlike his partner Dubfire, his solo sound has remained deeply rooted in deep and progressive house but with a new school flare. The Iranian-American DJ and producer has even collaborated with artists like Kid Cudi and his music is on ubiquitous play all over Ibiza every summer.

Tickets are now available for purchase on the official website for ฿2,500. They can also be purchased in conjunction with tickets for a TBA show on the 29th of December for ฿4,600. Both events are for ages 20+.