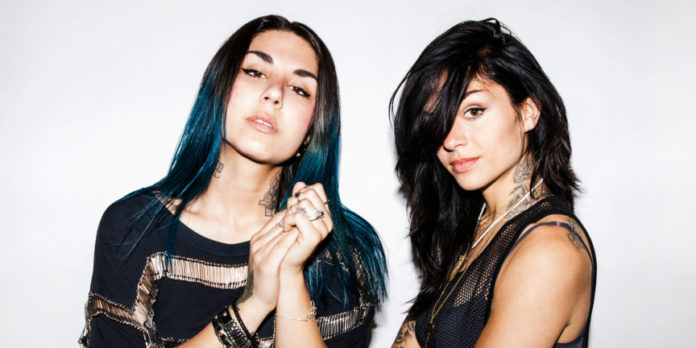 Jahan & Yasmine have finally opened up about their breakup with Krewella’s ex-member, Kris Trindl.

It has been nearly two nears since the lawsuit started between the sisters and Kris Trindl (aka Rainman). The sisters Yasmine and Jahan Yousaf had been dealing with nasty rumors and accusations after it began, even though the sisters chose not to discuss their side of the story of what happened between them.

For the first time ever in an exclusive interview with Michelle Lhooq of news publication THUMP, Krewella spoke about the things that caused them and Trindl to fall apart. As they put it, it wasn’t because they wanted to, but because they had to. It was heartbreaking for all of them.

Trindl had developed a drinking problem due to the pressure of the band’s rise in fame, which then caused him to miss a flight to Mexico City to perform at the Electric Daisy Carnival as a headliner in March 16, 2014. He refused to enter a treatment program to help him recover, according to court documents obtained by THUMP, and later sued Yasmine and Jahan for $5 million USD for “unfairly removing” him from the group, including taking away his share of future profits. On the lawsuit transcript, he admitted to drinking to cope with pressure from success, accusing them for lack of support on his sobriety, and accusing them for wanting to get him checked into a facility to break off easily as a duo and have more money for themselves.

Later in November of 2014, the sisters countersued in a claim that Trindl made the choice to resign, also adding he refused to educate himself on DJing for live shows, missed out on studio sessions, and behaved aggressively on tour from alcohol abuse. Yasmine, Jahan, and Kris finally settled the lawsuit confidentially in August of 2015. Trindl went solo releasing music under Borgore’s label Buygore and the sisters worked on their own music and released an EP titled Ammunition in May.

At last, the sisters were ready to tell everyone their story. They had a publicist from Sony Music reach out to Michelle and later arranged an interview with them.