Sunburn is all set to enter its 14th edition with a bang for the grand festival of colors – Holi.

One of dance music’s biggest artists, KSHMR will now be making his way to Mumbai to take part in the most eagerly awaited Sunburn Holi Bash on 10th March 2020.

It is no secret that KSHMR whose original name is Niles Hollowell-Dhar has always had a strong connection to his Indian roots. His father came to USA from Kashmir, India — where the moniker KSHMR was derived at the age of 25. He married Hollowell-Dhar’s American mother, but kept his obligations to his family in India by making regular visits home every couple of years with his son in tow. The electronic music producer is highly regarded for his live performances, having won the highest audio-visual act award for DJ Mag’s Top 100 DJs 2017. KSHMR’s launched his own record label ‘Dharma Worldwide’ in 2017, which serves as a platform to showcase the best global talent in the world of electronic music, with his latest endeavor being the new four-track Paradesi EP which is an origin story to the world of KSHMR.

This time around, KSHMR will be taking his acclaimed live performances in the sub-continent a step further with an orchestral show. Having ascended DJ Mag’s Top 100 chart to the number 15 spot last fall, the US based music producer will reveal the ‘KSHMR LIVE: Orchestral Experience’ for the first time ever in India for a headline show with Sunburn, welcoming fans into his cinematic electro-house universe. In 2017, he successfully debuted this live set showcase at Ultra Miami with a 7-person band including instruments like the keyboard, violin, viola, cello, flute, trombone and taiko drum.

Being a propagator of humanity and an ardent philanthropist, KSHMR will donate proceeds of his event titled “KARMA” (drawing inspiration from the law of providence) to the charitable institution – ‘Saturday Art Class’, to help promote the holistic education of children in Mumbai.

KSHMR states, “I’m excited to return to India and give back to the country that’s given me so much. There’s beautiful work being done by the Saturday Art Class to help Indian youth and I’m hoping the proceeds from our show help their great cause.”

They are renowned for putting on a dramatic foot-tapping electrifying show, with non-stop pulsating energy from the very start up to the last second of their sets. Fast becoming one of the most in-demand acts, Vini Vici have always managed to rope in some of the biggest crowds out of any electronic act and are the true kings of the Psytrance genre.

Music Akshay Bhanawat - June 25, 2022 0
One of the most iconic and much-loved house tracks in the Strictly Rhythm legendary back catalog gets a fresh and exciting new reworking, as... 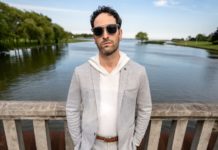 Music Akshay Bhanawat - June 25, 2022 0
Martial Simon is back with a smashing remix for his latest hit single “High in July.” “Hamptons Free (High in July Remix)” has the...
ABOUT US
What started as an interest, slowly turned into a passion, and before we knew it, we had curated and founded a thriving community of avid electronic dance music lovers.
FOLLOW US
© Copyright 2022 - T.H.E Music Essentials