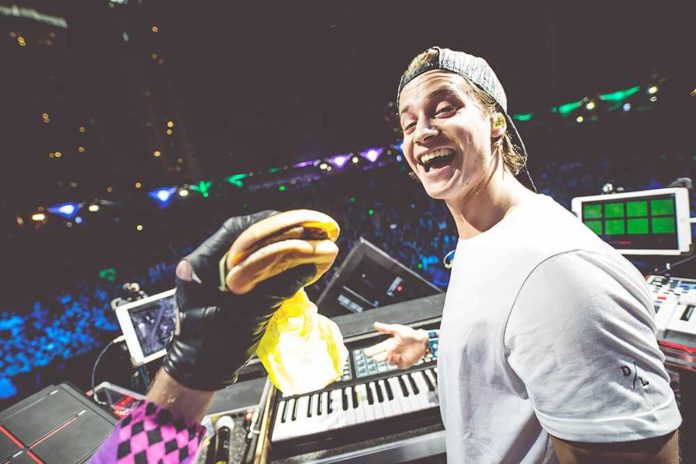 While this is absolutely speculative news, there could be a possibility that Ultra may be springing a surprise on us all by having Kygo perform at the festival this weekend.

There’s been some talk of Kygo playing at Ultra Miami this weekend. Despite being one of the biggest acts of the past year, the artist isn’t on the official lineup for the world’s premier music festival. Why? Well we’re not sure either.

We do know that Kygo is in Miami, though he’s definitely got other shows lined up, plus its Miami Music Week, who isn’t in Miami? Kygo posted a the following picture of himself in the city a few hours ago on Instagram.

And while that doesn’t mean anything, thanks to YourEDM, there’s also this image of Kygo’s name & logo being tested on the Ultra main stage LEDs. Now why would they do that for an artist who isn’t playing…? Answer? They probably wouldn’t… Unless we’re all being pranked in which case that sucks. Either way, Ultra Miami is tomorrow and we’re all eager and excited to see what happens!

For all those not attending, here’s the full day 1 lineup being broadcasted live on UMF TV.

Ultra Music Festival 2017 to stream live on YouTube via UMFTV

Editorials Akshay Bhanawat - October 25, 2020 0
Have you ever Googled “how to make electronic music”, only to discover that making music means spending hundreds of dollars on software and equipment? You’re...

Music Akshay Bhanawat - October 25, 2020 0
Bleu Clair takes the leap to join Insomniac Records with a sublime two-track EP by the name of ‘Hypnotized.’ At the start of 2020, the...
ABOUT US
What started as an interest, slowly turned into a passion, and before we knew it, we had curated and founded a thriving community of avid electronic dance music lovers.
FOLLOW US
© Copyright 2020 - T.H.E Music Essentials