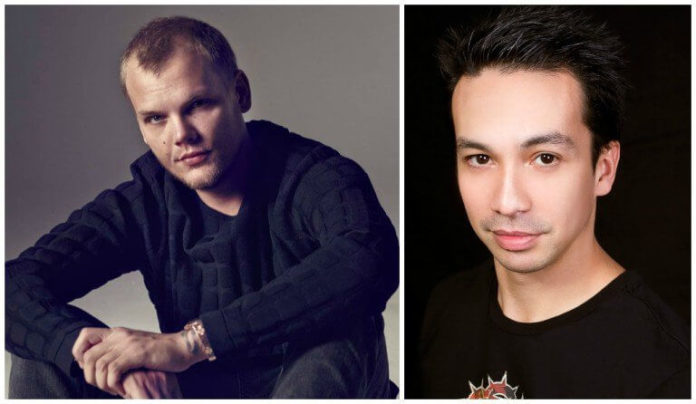 The man who gave Avicii his first breakthrough, Laidback Luke recently opened up about Avicii’s retirement and how he felt the Swede would join the infamous “27 club” of music and film stars who died at that age.

“The Avicii I know is the kid in the bedroom. And even though this story could be about anyone going through the trials and tribulations of fast-track success, the one I know is about Tim.”

Laidback Luke recently spoke to Billboard about Avicii’s decision to retire and had a lot to say about the 26 year old Swede, given that Luke was the man who gave Avicii his first big opening.

In the following excerpts, the Dutch-Filipino DJ/producer speaks about how he gave production tips to a young Tim Bergling, checking out his demos and how he knows what Tim may have felt during his journey to stardom.

“I want to tell a story that may sound all too ­familiar — the story of another teenage kid making music in his bedroom. There are many guys he looks up to, but only a few are willing to help him improve and get ahead.
The kid’s undeniable talent shines through, and after a few years of hard work and constructive ­criticism, things start to happen. He releases a few records, and one catches fire.
Soon, there is a demand (and pressure) for him to start ­performing. This kid, who thrived in the safe environment of his ­bedroom, is torn from his comfort zone, and airplanes and hotels are his new home. He seldom sees his family or friends, and when he is back in his bedroom, it feels strange.”

“I have a long and vested ­relationship with him. Tim was one of the kids on my website forum back in the day, with whom I would run through demos and give ­production tips. His first big hit as Avicii was ‘Ryu’ on my label, Mixmash Records, and his first-ever gig was an opening spot at my Super You&Me party during Miami Music Week in 2009.
At that moment, I envisioned my friend, now 26, joining the infamous “27 club” of music and film stars who died at that age. It sounds horrible but it’s the truth, and I can’t take back the ­overwhelming sense of frustration I felt. It was like ­watching Amy, the recent Amy Winehouse ­documentary, and suddenly realizing that you too were laughingly ­belting out her lyrics — “They tried to make me go to rehab/I said no no no” — while we all watched the spectacle, seeing tragedy unfold and not doing a damn thing.”

Shedding light on what young DJs go through these days…
“The pressure on these kids to ­perform is intense. But they’re producers — their songs can become known all over the world before they even think about performing. And every week their managers and agents present them with ­lucrative ­opportunities, which inevitably involve ­constant travel and pressure that make it very difficult to get back to producing music. The first few years of heavy touring can have a major impact on a person’s life, health and sanity. DJs on tour average about four hours of sleep per night, and with drinking, ­afterparties, adulation and everything that comes with it, it’s easy to lose oneself. They make many new friends — at least for the moment — and some find another new friend: alcohol or whichever vice helps them deal with feeling displaced all the time. The pressures of being on the road as a DJ are constant and relentless. Unlike pop, rock or rap, they don’t tour in cycles — they’re always on tour, virtually every week, sometimes every day.”

Luke ended by saying he was relieved now that his friend had retired.
“I was very relieved by his announcement on March 29 that he’s ­retiring from touring. Not only was it a brave decision — to walk away from the light, in both figurative and literal senses — but it also shows how much he has grown up. He has decided to focus on ­producing: That’s where he started, and it’s what makes him happy.
There are countless DJs who think they would kill for a career like Tim’s — and to a lot of them it’s unthinkable he would throw away so much opportunity. In recent months, several artists — Benga, Mat Zo — have discussed the toll that touring has taken on them, while ­others — Deorro, Feed Me — have given it up altogether. But Tim is the first of his ­stature to do it so abruptly and so publicly.”