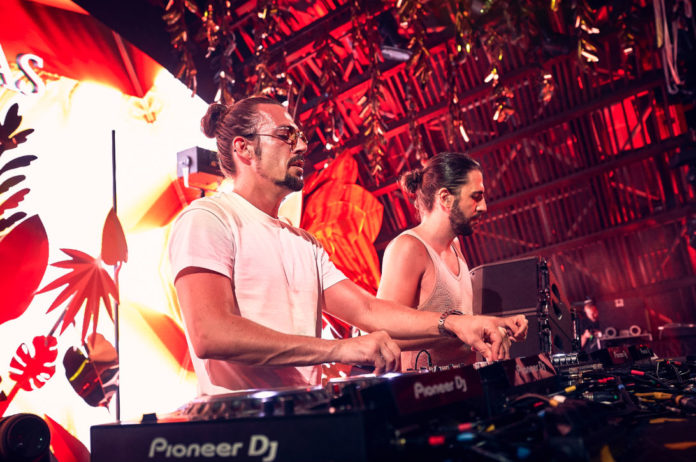 Dubai’s hottest festival, LUVYA, just got that bit hotter with the announcement of two of the biggest stars in the world of dance music joining an already formidable line-up.

The three-day LUVYA festival (12-14 December) at Dubai’s stunning FIVE Palm Jumeirah hotel will be graced by the record-breaking artists Dimitri Vegas and Like Mike. The Belgian duo are usually found at the very highest positions of the DJ Mag Top 100 Poll, placing #1 in 2019, with millions of followers on social media, multiple Billboard Dance Chart #1s to their name.

Most importantly, few know how to rock a crowd in their explosive style as they do. Recognised as the “Kings of Tomorrowland”, the two DJ sensations are known for their eccentric show acts and infectious beats, assembling more 1,000,000,000 streams on Spotify and a social media reach of 25,000,000 dedicated fans and followers. Known to sell out events within one hour of the announcement, they hold residency in some of the most iconic clubs and festivals around the world, the likes of Ushuaia Ibiza, Creamfields, and Tomorrowland, now headlining and set to deliver a show like no other at Dubai based festival, LUVYA. 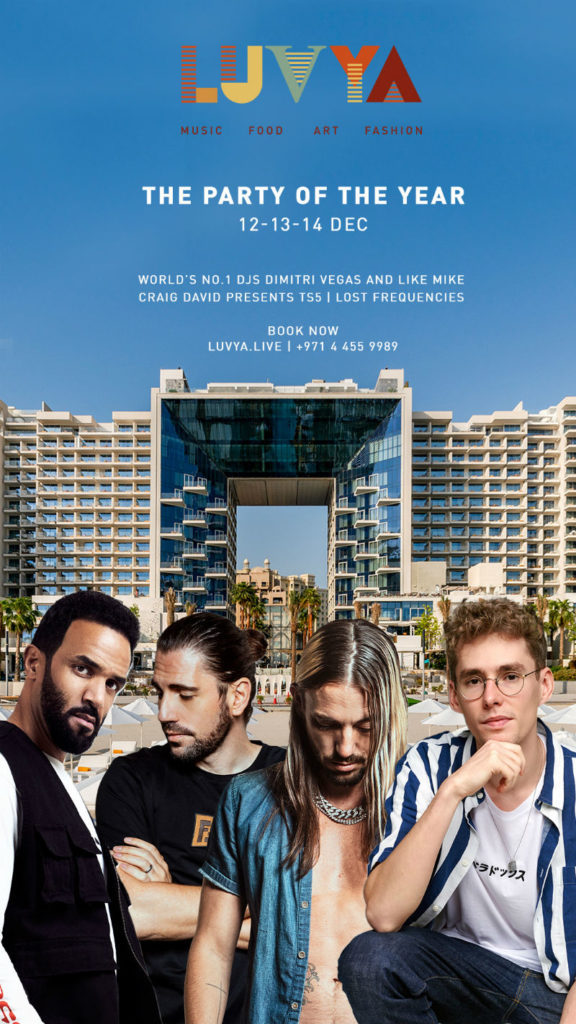 LUVYA takes place on the hotel’s stunning 150-meter private beach on West Palm Jumeirah, in its breathtaking Penthouse venue and the intimate Secret Room. With incredible views of the Dubai Marina skyline, it’s one of the world’s most incredible locations for a party. Dimitri Vegas and Like Mike will be joined by the likes of Lost Frequencies, Craig David, Eli & Fur, Disciples and Klingande on the burgeoning line-up.