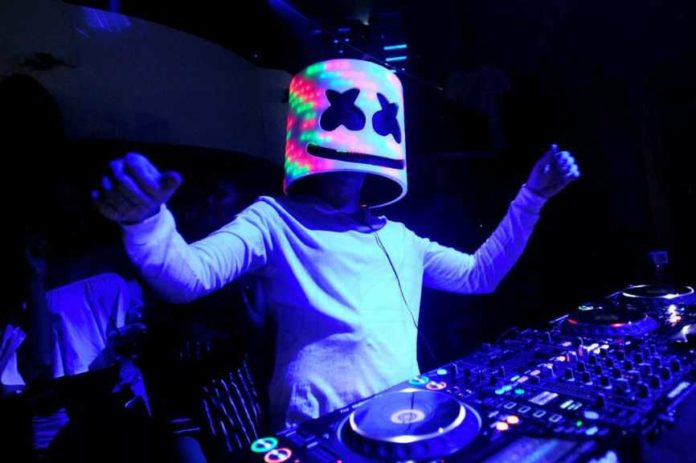 Marshmello is all set to drop something new for the Mello gang on May 5th. The fluffy producer got on to Twitter to announce the release of ‘Moving On’ on 5/5. But, what we don’t know is whether it’s a track or an album or an EP or something else?

But, considering the fact the masked man released his debut album ‘ Joytime’ in 2016, we can expect this to be a new single. The artwork of ‘Moving On’ takes us on a nostalgic ride into his single ‘Alone’. Recently, Marshmello dropped multiple collaborations with Slushii, Ookay, Noah Cyrys and Andrew Watts. But, ‘Moving On’ puts all the spot light on the Smore helmeted producer.

We can’t wait for 5/5. Stay tuned for further updates. Until then keep it mello! 😉