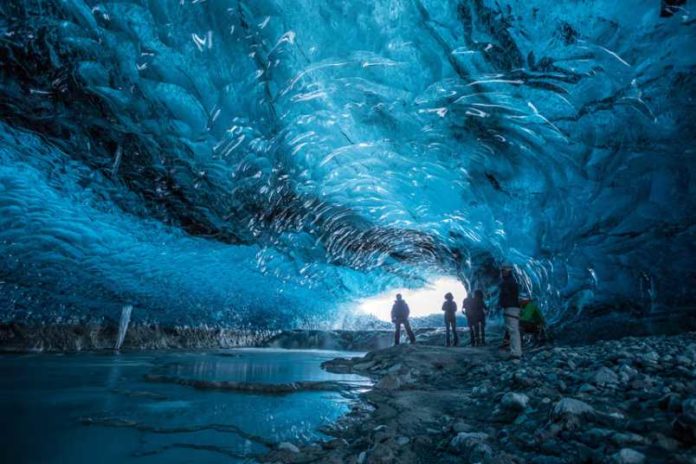 Heralded as one of the world’s most unique and elite party experiences featuring days of non-stop daylight and one-of-a-kind side parties, Secret Solstice has just revealed the details for their electronic stage takeovers, and a Ministry of Sound hosted Secret Solstice Presents Into The Glacier party on Saturday, June 17, 2017. For the first time ever, global dance music brand, Ministry of Sound will be hosting a 2017 edition of Secret Solstice Presents Into The Glacier party with UK dance music heavyweight duo, Dusky on Saturday, June 17.
Set to take place in the beautiful natural surroundings of the Langjökull glacier, Dusky is going to play within the frozen walls of Europe’s second largest glacier. With only 125 tickets available for this bucket-list event, partygoers will enter through a 500 meter long tunnel in 10,000 year old ice for one of the most memorable shows ever by the London duo. Tickets are on sale now while supplies last on Eventbrite.

Festival and camping passes are available now and tickets to ultra-special side events still available here. Guests can also take advantage of 10% off ticket and accommodation packages to Secret Solstice 2017 until April 27 via travel partner Festicket, by using the code “secret10off” at checkout. Full details on Secret Solstice 2017 can be found at secretsolstice.is.