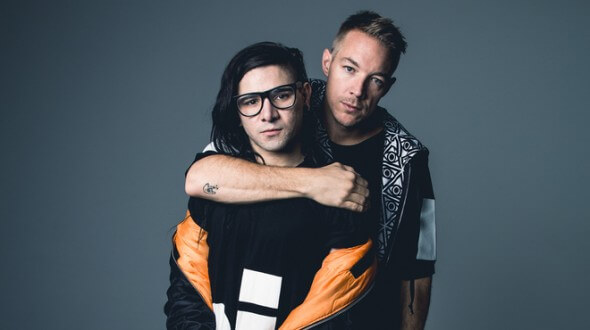 A new album by Jack Ü could well be on its way as Skrillex & Diplo are seen producing together with several collaborators.

It was right at the end of last year when Diplo promised to go even harder with a brand new album with Skrillex. Well seems that said album is well under way!

“It was a big year for both of us but really no one inspires me more than Skrillex. You might know him as the DJ god around the world but when I met him he was still living in the Kyoto Grand Hotel and working day and night perfecting a sound. Everything he has done was like something uncharted and we had a mutual respect for each other. We always learned from one another and we’re always pushing to be one step ahead. I’ve seen him become the biggest DJ in the world and he did it on his own terms. He always thinks about his squad and keeps it DIY and punk at the same time. That is not easy…it’s nearly impossible. Even though we had drasticly different sounds behind the scenes we have a similar hunger and I still get motivated every time we go in the studio. We both had a tough year in parts and I think both of us are gonna go even harder in 2016. Hopefully we finish a new album that is gonna break through even further.”

Here’s a pic uploaded by Lil Dicky on his Instagram:

Here’s the crew with Tinashe and a whole host of faces from the hip-hop/R&B world including Big Sean, Miguel, and vocalist Njomza in Malibu: