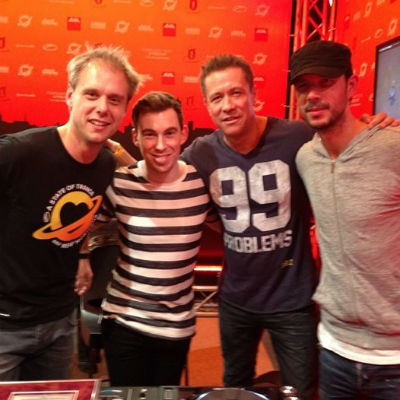 During the A State of Trance 650 broadcast, Armin van Buuren sat down with Hardwell for a surprise interview to pick the #1 DJ in the world’s brain on all things EDM.

Although brief, Armin’s interview probed the Revealed label head about his forthcoming debut album and his thoughts on the sounds and trends of electronic dance music. In a candid moment, Hardwell admitted that he is “a bit sick of what’s going on in EDM right now” before alluding to plans for his debut album. Dabbling with elements of trance and hip hop, the Dutch producer will be shifting his focus after taking a month off in order to devote time to his music. While details remain scarce, it’s not too bold to assume that Hardwell’s closing performance at this year’s UMF may be the big debut for his new sound and style.