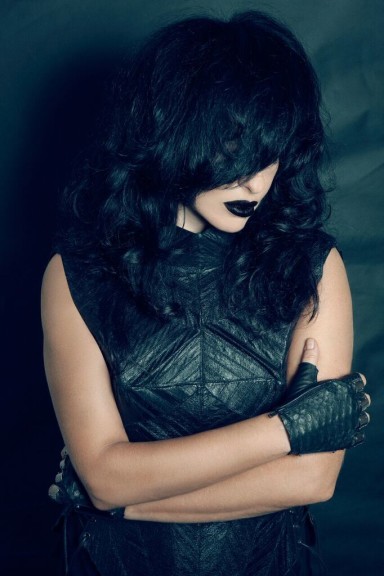 Christmas is coming early this year! Putting us in the MOOD one last time in 2015, Nicole Moudaber presents “More Ways Than One” as a surprise holiday gift. Fresh from her acclaimed ‘Breed’ EP collaboration with SKIN and a remix for Pan-Pot, plus a forthcoming remix for Carlo Lio on Suara, Nicole reveals the free track for download on her MOOD Records – available below.

Taken from her upcoming ‘Silent Sigh’ EP, Nicole explains the end-of-the-year giveaway: “I’ve had so much love from everyone this year so it’s time to give something back. I know how much my fans love my music, so I’ve decided to giveaway one of my tracks. I’ve never done this before as my music is very, very precious and normally I don’t like to share free music but I’ve had so much love from my fans and this is the least I can do for those who appreciate my work.”

“More Ways Than One” delivers a dose of undiluted techno at its best. A thudding bassline underpins mechanical percussive details and synth stabs, with two separate muffled breakdowns giving the track a kick for peak time dance floors. Closing out 2015 with a string of North American dates, Nicole plays an On The Road to BPM showcase party at Toronto hotspot Nest, an open to close set at Brooklyn’s infamous Output, and rings in 2016 with a New Year’s Eve celebration at Heart Nightclub in Miami. Carrying her momentum into the new year, Nicole plays an open to close set at world-renowned after hours nightclub Stereo in Montreal and later The BPM Festival in Playa Del Carmen, Mexico where she’ll perform at Sasha’s Last Night On Earth Showcase and closes out the ten-day marathon festival at Blue Parrot for The BPM Festival Official Closing Party.

An uncompromised way to say goodbye to 2015… And a great way to tease us for an even bigger 2016, Nicole is unstoppable.