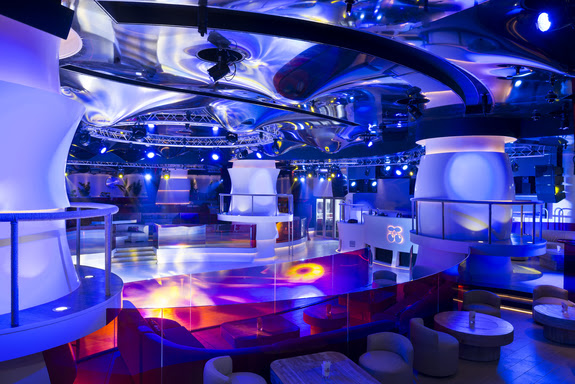 The next chapter in the story of the world’s most iconic clubbing brand unfolds further as Pacha Macau prepares to open its doors to the world, revealing the marvel and magic of the Far East to a new generation of international clubbers, global travellers and superstar A-list DJs.

The Asian market has long been a hotbed for Electronic Dance Music but this is the first time an established international clubbing mega-brand such as Pacha will make the landmark move into Macau. Pacha and partners Melco Crown Entertainment (MCE) are firmly on point to deliver international clubbers with the ultimate five-star immersive dance floor experience.

The state-of-the-art 3,000 capacity venue, with its immense 1,000 square foot dance floor, will bring a slew of international A-list DJs sure to attract fans from China, Asia and around the world. Located within MCE’s jaw-dropping Studio City resort — the first cinematically-themed integrated entertainment, retail and gaming resort in Macau — Pacha Macau will transport the iconic brand’s unique Ibizan style and sound to Asia and promises to take the notion of “megaclub” to brand new, unprecedented heights.

This move into Macau has been spearheaded by Pacha NYC President & CEO and Managing Director for Pacha Macau, Eddie Dean, with Las Vegas veteran Liam Dwyer, who spent 15 years as Director of Operations at Light Group, by his side. Speaking about the imminent opening, Eddie said:

“Pacha is the finest nightclub brand in the world, with a longstanding and unwavering commitment to excellence. Pacha Macau will be, without a doubt, the most amazing nightclub entertainment experience Macau has to offer. For me it’s also been a personal dream, a passion project, to translate the success of Pacha to Macau. Everything has to be perfect, down to the last little detail; from our line-ups to the venue itself to the level of service our customers expect as standard at Pacha.”

Speaking about the partnership between Pacha and MCE, Eddie continued:

“Melco Crown Entertainment has been a pioneer in the development of integrated entertainment resorts in Asia. It shares our vision to bring innovative, world-class entertainment experiences to the region and I’m proud to be a part of this. It’s an opportunity of a lifetime.”

Mr Lawrence Ho, Co-Chairman and Chief Executive Officer of MCE, spoke on its involvement in the project, saying:

“Pacha Macau will deliver the glamour, glitz and the soul of Ibizan clubbing to music lovers around the region and we at Melco Crown are delighted to partner with the Pacha brand as part of this new adventure in Asian music entertainment.

“Pacha Macau rounds out our suite of entertainment products and attractions at Studio City, and further cements our position as Asia’s Entertainment Capital while once again highlighting how we collaborate with the world’s best brands in their respective business sectors.

“Combining our vision with that of the Pacha brand, Pacha Macau represents the undisputed jewel in the crown of Studio City’s amazing entertainment experience, bringing not just the biggest artists in the world to Macau, but also thousands of visitors to our shores. I firmly believe Pacha Macau will become the name in Asian nightlife entertainment and further boost our quest to establish Studio City as the most exciting new entertainment destination for global travelers and lovers of music everywhere.”