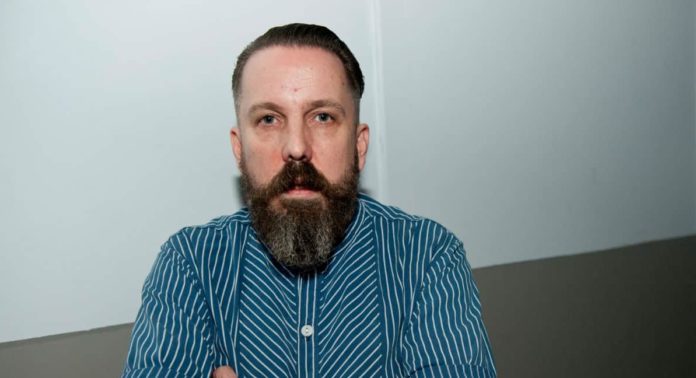 Andrew Weatherall, the British DJ, and producer who was at the helm of taking acid house to the masses and also the man responsible for co-producing Primal Scream’s landmark 1991 album ‘Screamadelica’, passed away this morning (February 17, 2020) at age 56.

As announced by his management, the cause of death was a pulmonary embolism.

We are deeply sorry to announce that Andrew Weatherall, the noted DJ and musician, passed away in the early hours of this morning, Monday 17th February 2020, at Whipps Cross Hospital, London. The cause of death was a pulmonary embolism. pic.twitter.com/cOe6KA0yts

“We are deeply sorry to announce that Andrew Weatherall, the noted DJ, and musician passed away in the early hours of this morning, Monday 17th February 2020, at Whipps Cross Hospital, London. The cause of death was a pulmonary embolism. He was being treated in hospital but unfortunately, the blood clot reached his heart. His death was swift and peaceful.

His family and friends are profoundly saddened by his death and are taking time to gather their thoughts. Further announcements regarding funeral arrangements will be made in due course by Andrew’s press officer, James Parrish ([email protected], +44 (0)1223 505 328).”

While he started off his career as a DJ in the late, 1980’s, Wetherall began his musical career as a singer with post-punk bands at a local arts center.

When the acid house scene began to explode, he simply put it saying “I was kind of in the right place at the right time”.

Weatherall worked with Paul Oakenfold for his earliest studio work when they made the Club Remix of “Hallelujah” by the Happy Mondays. In addition to producing and co-producing music for many, he also remixed Björk, The Orb, The Future Sound Of London and ‘World In Motion’ by New Order.

Later, he went on to co-found the Boy’s Own zine with Terry Farley, Steve Mayes, and Cymon Eckel, which became an integral source for the club scene, but more notably for acid house.

In 2001, Weatherall launched his own label called the Rotters Golf Club. This went on to become where he launched his debut solo EP in 2006, The Bullet Catcher’s Apprentice, and his first solo album in 2009, A Pox on the Pioneers. What now goes on to become his now final LP of his lifetime, Qualia was launched in September 2017.

Take an in-depth look at his musical career and how he played a pivotal part in the music scene, in this detailed piece by The Guardian here.