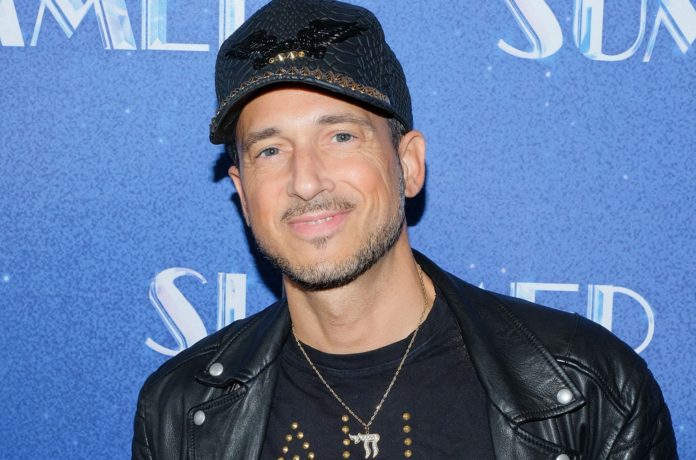 Confirmed by World Of Wonder Productions in a tweet on Sunday, they said “Deeply saddened over the passing of trailblazing queer artist Ari Gold. Gold released 7 albums & paved the way for many out artists since the early 2000s, with his music video “Wave of You” being the 1st video by an out LGBTQ+ artist to premiere on @logotv. Rest in power, Ari.”

Gold went by multiple stage names, from Sir Ari to GoldNation, but a constant that remained throughout his career was the fact that he was widely considered a queer pioneer in the dance music genre. In addition, to performing alongside stars such as Cyndi Lauper and Diana Ross, Gold also collaborated with Boy George and opened for Chaka Khan.

Deeply saddened over the passing of trailblazing queer artist Ari Gold. Gold released 7 albums & paved the way for many out artists since the early 2000s, with his music video “Wave of You” being the 1st video by an out LGBTQ+ artist to premiere on @logotv. Rest in power, Ari. ❤️ pic.twitter.com/tuXbzhIAId

As reported by Yahoo Entertainment, alongside music the Bronx born and raised Gold spent time celebrating his gay pride not just through music, but through his activism within the LGBTQ community. He worked with homeless gay youth and helped to raise awareness for HIV and AIDS.

After being diagnosed with Leukemia, Gold shared his journey and experience through NewNowNext in 2018 saying, “I’ll save you from the platitudes about how precious life is, but I really do try to live each day as if it’s my last. Nothing like years of excruciating daily pain, three surgeries, hospital infections, misdiagnoses, weekly blood tests, six bone marrow biopsies, and making it into the medical books for having illnesses that have never been documented fosters a kind of baseline deep gratitude for my life—especially now that I have been living pain-free for over two years.”

He went on to say, “Nobody wants to have cancer. It may be the only thing we can all agree on. (Not even Trump supporters want cancer!) But nobody wants to grow up gay in the ‘80s in a religious household like I did, either. I lived each day of my closeted adolescence thinking that who I was would disappoint, scare, and upset all the people I loved in my life. Who I was could have excommunicated me from my community and even my own family. But I vowed to devote my entire adult life to making sure kids (and adults) didn’t feel like I did growing.”

The tributes came pouring in on social media from long-time friends and collaborators like RuPaul, Mario Cantone, Laverne Cox, and RuPaul’s Drag Race winner Peppermint among others.

All the love ❤️ ❤️💔 RIP my gorgeous friend pic.twitter.com/LV6Tyq3jDL

Rest In Power Ari Gold. Our heartfelt condolences go out to the family and friends of Gold.