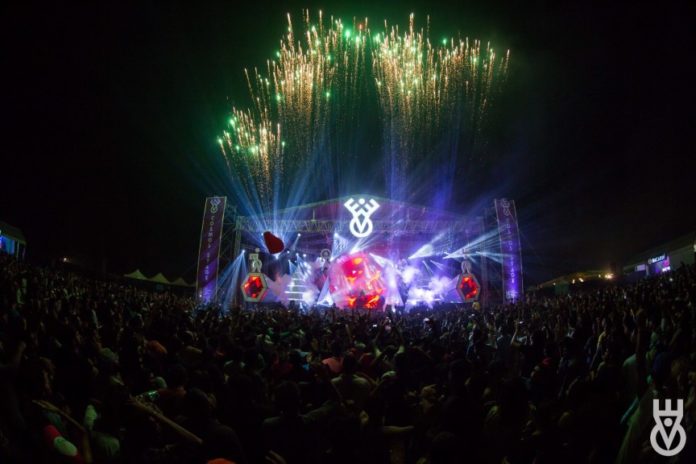 For three consecutive days, over 10,000 international and local revelers in danced throughout the evenings, soundtracked by the finest selection of music from some of the world’s biggest DJs, producers and live acts.

Having officially become India’s first and largest camping music festival, Bacardi Enchanted Valley Carnival decided to raise the bar even higher this year with its biggest lineup to date. With gigantic LED screens, state-of-the-art sound systems and stunning visuals, revelers were treated to some of the most spectacular production ever seen at an Indian music festival. Hosting heavyweights such as Tiësto, Oliver Heldens, Fatboy Slim, Ferry Corsten etc, the festival truly stamped its name firmly in dance music lore. This year also marked the debut of new stages, including Armada Music’s stage, which played host to Aerreo, Ruben De Ronde, Omnia, Thomas Gold and winner of the ASOT 750 anthem contest, Ben Gold, who brought down the house with electrifying sets full of trance and progressive. The Terra stage, powered by Saavn, played host to some amazing live acts, showcasing a wealth of talent. With a varied array of music styles, there was a wealth of forward-thinking electronic music on display. Saturday’s celebrations were nothing short of spectacular, as Far East Movement, Oliver Heldens and Fatboy Slim drew in one of the largest crowds of the weekend, as thousands of jubilant fans danced along. Meanwhile, on the nearby ‘Full On’ stage, Ferry Corsten delivered his captivating set along with RAM, Alex M.O.R.P.H. and Marco V, accompanied by stunning visual production that whipped the crowd into a frenzy.

Sunday saw the Cosmos stage being dominated by the best of dance music talent, India has to offer. Zaeden, Shaan, Kerano and Lost Stories who have been making barnstorming impact on the global scene, successfully managed to capture the party’s essence and atmosphere. Soon after, Dzeko & Torres took over and delivered an energy packed set which featured some of their most recent hits like their remix of ZHU’s ‘Faded’, ‘Ganja’, ‘Lose Your Mind’ and more. The energy displayed by the duo was infectious and they successfully managed to energize the crowd. To round things off, Tiësto, who made his return to India, delivered a dramatic, high-octane set, demonstrating his world-class talent as a selector. Playing some of his biggest tracks like ‘Secrets with KSHMR’, ‘Wombass with Oliver Heldens’, ‘remix of ‘Wee-O, Morgan Karr – Fighting For’ and more, he also gave fans a glimpse of the old Tiesto by playing the legendary ‘Adagio For Strings’ and ‘Love Comes Again’. What’s more is that stages such as SCI + TEC & SOMA Project delivered deeper grooves to the festivities where diverse talents such as Dubfire, Hobo, Shaded, Stiv Hey, Kohra, Sashanti, Stefano Richetta and Steve Rachmad gave fans a taste of the underground.

In terms of facilities, everything was well provided for, with the ‘Culinarium’ in particular providing plenty of options in terms of food for fans to visit and grab a quick bite.

BEVC’s extensive camping and adventure programs were also a major festival highlight. The entire site was decorated with all sorts of colorful decorations which created surreal moments. On the campsite, visitors experienced for two nights exactly why the BEVC is officially the largest camping festival of India. It perfectly glorified the magic of nature and the surrounding environment, providing every camper with a unique experience. There was also an option of hot air balloon rides for fans who wished to witness the madness from an elevated point! With such an eclectic superstar lineup and high attendance, the third edition of the Bacardi Enchanted Valley Carnival was a resounding success. As the year now draws to a close, all roads lead to the 2016 edition, which will undoubtedly raise the bar even higher. For more information on BEVC, go to http://www.evc.co.in/.