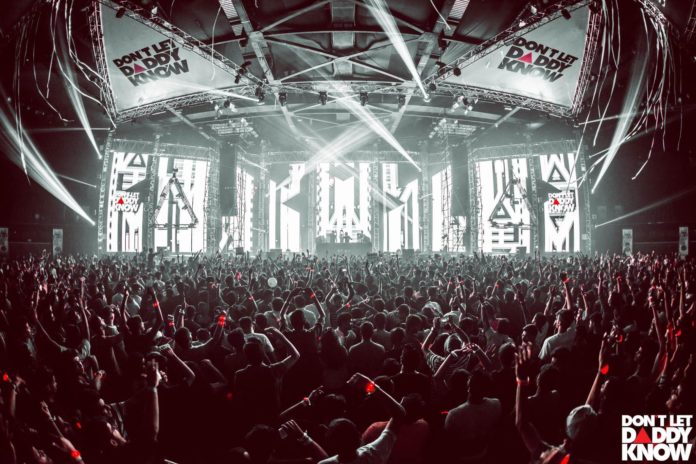 Dating back to 2012, DLDK made it’s debut in Ibiza, with a staggering turnout and a star studded lineup. Having built a solid reputation over the years, the brand grew to dizzying heights with a number of successful editions all around the world.

We were ecstatic when the Indian edition was announced thanks to Ferriswheel Entertainment and the buzz was eclectic!

India has been host to a number of major dance music events and festivals, with a number of dance music brands bringing their signature to the subcontinent. DLDK, primarily a house music dominant event, has hosted some of the biggest artists in the game, all who have nothing but good things to say about it. With artists incessantly touring the world, DLDK has always been special and a major preference for artists to perform here.

The Indian edition was announced to be held at Mumbai, India’s major dance music hub with a number of stellar artists making their way to the country with their unique brand of dance music. The likes of Arty, Third Party, Sem Vox, Sunnery James & Ryan Marciano and Steve Angello were joined by homegrown artists Anish Sood and NKHL opening the night.

NKHL and Anish Sood prepared the crowd for a perfect buildup to what was to come. Throwing down a bunch of house music classics and groovy tech house, the Indian mainstays definitely made a name for themselves with their style of artistry. Sem Vox, the DLDK resident and co-founder, was definitely on his A-Game that night laying down banger after banger with the crowd only reeling for more. Having produced the Official Anthem for the India edition, his production and DJing skills were a delight for fans! [Arty playing ‘Where are you now’ at DLDK INDIA]

Arty did the right kind of damage, and how! Cleverly switching between genres, while maintaining the sanctity of his roots, Arty definitely carries his role as the future star with ease! UK based and Size Records mainstays Third Party brought house music alive in the best possible way, with stellar grooves and emotionally charged melodies. With their recently released, massive collaboration with Martin Garrix, the duo brought out all the stops for a perfect lay-up for Size Records boss Steve Angello himself.

Former SHM member and Swedish dance music pioneer, Steve Angello made his way to the decks. Nothing but an audio-visual spectacle was expected and he blew our minds with his unique brand of dance music coupled with the beautiful visuals in the background, definitely one of a kind for Indian fans. Dutch DJ/Producer duo, Sunnery James & Ryan Marciano proved to be yet another pair joining the ranks of the Dutch musical elite with their highly energetic closing set at the first ever edition of #DLDKINDIA!

All in all DLDK triumphed in all departments, with every attention to detail carefully taken care of. Special mention to Ferriswheel Entertainment for a never seen before production. And a host of dance music superstars certainly made this for a new albeit glorious experience and we definitely hope to see many more editions in the years to come.

Music Akshay Bhanawat - July 10, 2020
0
All things considered, it’s been a pretty incredible twelve months for Ryan Murgatroyd and the Swoon Recordings crew. Established in June 2019 as an outlet...

Music Akshay Bhanawat - July 10, 2020
0
UK drum and bass producer MUZZ is one of Monstercat’s most prolific signings. With three tracks already released since the end of May, MUZZ...

featured Akshay Bhanawat - July 10, 2020
0
Now that clubs are closed and parties can’t be held, how do you premiere the mainstage-tailored records you make? That question has been keeping...
ABOUT US
What started as an interest, slowly turned into a passion, and before we knew it, we had curated and founded a thriving community of avid electronic dance music lovers.
FOLLOW US
© Copyright 2020 - T.H.E Music Essentials