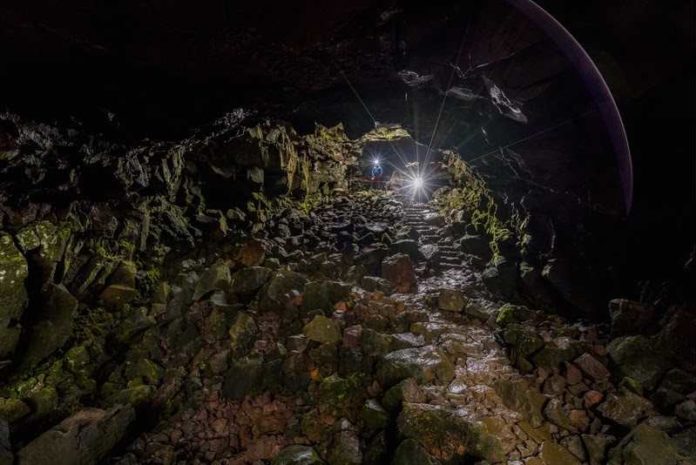 Iceland’s Secret Solstice festival – branded one of the most unique festivals in the world – have announced their latest destination for their much-acclaimed event – an underground lava tunnel that is over 5000 years old.

They are known for their unique and inspired selections when it comes to venues for their concerts, having already held the world’s only party inside a glacier – which happened the be the second biggest glacier in the whole of Europe.

The festival almost always offers attendees the chance to adventure around some of the country’s spectacular scenery just a stone’s throw from the festival site, and a 2017 lineup featuring the likes of Foo Fighters, The Prodigy, Rick Ross, Big Sean, Chaka Khan, Seth Troxler, Kerri Chandler, Richard Ashcroft and many more ensure that fans of all genres of music will be able to get exactly what they want. Another big draw for the festival is the fact that Iceland’s close proximity to the Arctic means that the sun never sets during the summer solstice weekend when the festival is held, meaning guests experience never-ending daylight for the entirety of the event.

The event has also received lots of praise for its admirable green initiatives, which not only try to give back to the environment but ensure that the festival itself does not negatively harm Iceland’s beautiful ecosystem. Secret Solstice festival director Fred Olafsson further elaborated more on the event’s green initiatives, saying:

“We try to lessen the impact of Secret Solstice in all areas, whether it’s partnering up with other carbon neutral brands like Icelandic Glacial water, or working with Toyota Iceland who provide us with hybrid vehicles.”

The location for this year’s edition – Iceland’s Raufarholshellir lava tunnels – was formed over 5,000 years ago during a volcanic eruption, and is a sight to behold all by itself.

This is definitely a festival worth checking out if you are planning a trip to Iceland around then and for more details – including packages, accommodation and flight options – you can check here.

EDM News Melody Siganporia - July 11, 2020
0
Back in February in our pre-pandemic times, The Chainsmokers scrubbed their social media and announced they were going on a hiatus to focus and...

Music Akshay Bhanawat - July 10, 2020
0
Shadient takes you on a spiritual journey with his new Infinite Structure EP. The three-track project plays off Shadient’s experimentation with bass-heavy synths and captivating melodies...
ABOUT US
What started as an interest, slowly turned into a passion, and before we knew it, we had curated and founded a thriving community of avid electronic dance music lovers.
FOLLOW US
© Copyright 2020 - T.H.E Music Essentials