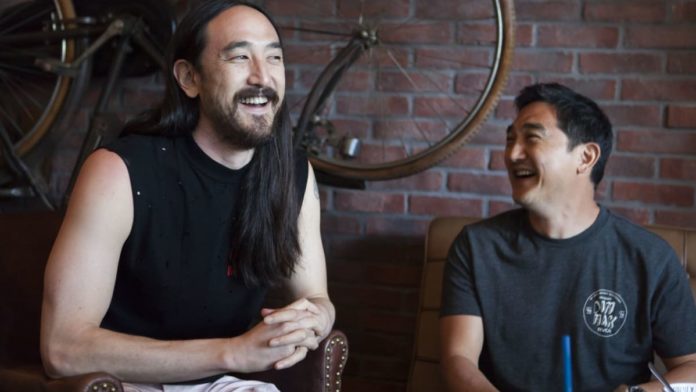 Grammy nominated DJ and Producer Steve Aoki has teamed up with his brother and world renowned restaurateur Kevin Aoki to open a Japanese and anime-themed restaurant coming to Las Vegas this Summer.

Themed after Japanese culture and anime, Kuru Kuru Pa will open this summer as part of the rollout of Zouk Group’s Resorts World Las Vegas. According to the resort’s website (link – https://www.rwlasvegas.com/dining), this concept restaurant is set to feature a variety of yakitori, kushiyaki and yaki onigiri along with a selection of signature drinks and mochi.

The restaurant business has run in the Aoki family for generations. While their grandfather owned a café in Japan that served coffee and desserts during World War II, their father Hiroaki “Rocky” founded Benihana, the iconic teppanyaki restaurant.

While Kevin Aoki served as Vice President for Benihana before opening his own sushi restaurant in Waikiki in 2008, the Aoki brothers together first started Bluetree Café in Honolulu, a juice bar and café known for its beautiful açaí bowls in 2012.