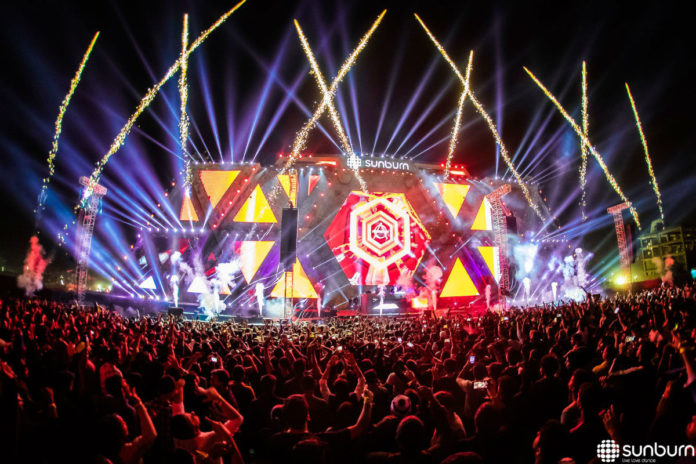 Sunburn Festival will be returning home to its birthplace this December after a hiatus of 3 years. The festival giant will be making its’ grand annual homecoming for the 13 edition at Vagator for a three-day showcase from 27th to 29th of December 2019.

Following the announcement of former world no #1 DJ Martin Garrix and the world’s biggest dance-pop acts The Chainsmokers as the first two mega headliners, the festival promoters have taken to social media today to reveal the Phase 1 line up of their annual showcase today and it looks stellar!

On the Psychedelic Stage one can watch out for names like Belik Boom, Captain Hook, Designer Hippies, Laughing Buddha, Shanti People, Space Cat and Xerox &Ilumination!

Sunburn After Dark will leave festival goers spoilt for choice with manifold options to choose from. Catch Bombay Adda. Hammerzz, Larive, Owl and Re:Fresh play a surprise set at multiple After Dark Parties in and around Goa.

In addition to this, one of the most premium hotel chains, W Goa will be showcasing a luxe Eclipse by W Goa Lounge at the festival to deliver an extravagant world class VVIP experience for festival goers.

India’s biggest campsite, Sunburn Campout that will give every camper a true festival vibe complete with after parties, adventure activities, camp fire, workshops among a host of other activities. Festival goers can choose from a wide range of camping options. Prices start INR 40,000/- upwards.