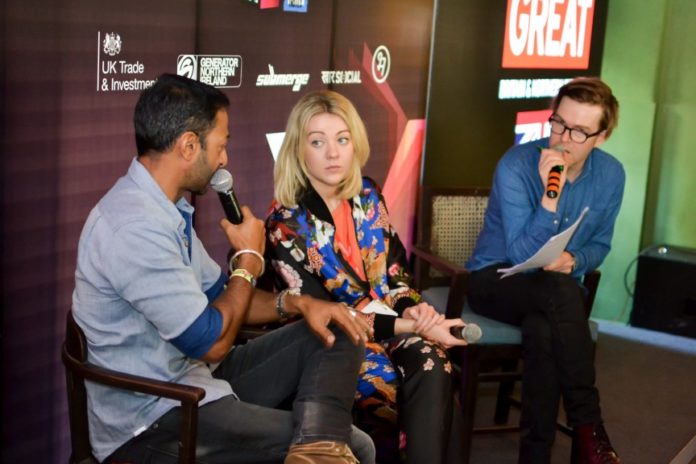 Support the local scene, artists and venues – that was the point reiterated at The Exchange x AVA, a day-long conference and showcase featuring musicians and music industry professionals from Northern Ireland and India.

Presented by the Great Britain’s UK Trade and Investment in collaboration with Belfast-based Audio Visuals Arts (AVA) Festival and Generator NI, The Exchange x AVA, had something for everyone in the music industry, and Khar Social, the venue for the conference and showcase, was packed to the brim with over 200 attendees. The Exchange x AVA is also driven by key partners and contributors such as Submerge and Bhavishyavani Sound System.

With equal participation of CEOs, promoters, artists and industry stakeholders from India and Ireland, The Exchange x AVA presented a timely opportunity for exchange of views, and paved the way for possible future collaborations.

A valid concern for nearly all underground music producers and artists in India is how to push and promote their music through a cluttered scene in a Bollywood-dominated country. In the first panel of the day, Arjun Sankalia, director, publishing and international music at Sony Music and Munbir Chawla, co-founder Wild City alongside Paul Hamill, CEO of Inflyte App addressed those concerns. Inflyte, a music distribution platform, captures reactions from DJs on tracks, from all over the world.

The panel with Sarah McBriar, who is at the helm of affairs for AVA (Audio Visual Arts) Festival & Conference in Belfast, and Nikhil Chinapa, music entrepreneur and VH1 Supersonic curator discussed the importance of nurturing local talent and of building a community that takes the message forward.

Electronic music in movies has taken centre-stage in recent years with productions like Tron: Legacy – with music from French duo Daft Punk – and 2015 release Ex Machina, and the panel of Roopak Saluja, founder & chief executive officer at The 120 Media Collective in Mumbai, and Patrick Cloherty, music catalogue manager at Sentric Music, was particularly bullish about content that electronic music producers are capable of producing for films, games and advertisements.

The fourth panel of the day Audio-visual alchemy – Making your music work with picture, saw participation by Indian visual artists like Avinash Kumar of BLOT and Kaycee (the mastermind behind Supersonic stage designs) and Guerrilla Shout, the visuals collective from Northern Ireland. They gave the audience tips on how to use visuals with music, and even softwares and tools to get started. Guerrilla Shout also presented their work at the showcase, which was later in the evening.

The last panel of the day was also the most popular with legendary Irish producer and DJ, Phil Kieran chatting with Indian producers Sandunes and Big City Harmonics. The artists shared their journeys and insecurities before a release with an audience that sat in rapt attention.

Mark Lawrence – one of the UK music industry’s electronic pioneers and also the chief executive of Association For Electronic Music, in his closing remarks, alongwith Nikhil Chinapa, echoed the general sentiment – that electronic music in India has a bright future – and emphasized the need to support local artists to build an evolving community.