At the mainstage of the Ultra Music Festival in 2018, Swedish House Mafia had finally reconvened after five years of silence, and what they’ve fostered in the shadows since then has been steadily blooming before us over the course of the year.

Alighting from the massive success of “Moth To A Flame” their collaboration with The Weeknd, the first triumvirate of EDM are about to shake the world yet again with “Redlight,” a historic crossover with none other than the legendary singer-songwriter Sting, and the fourth single to their upcoming sophomore studio album “Paradise Again.”

“Scandinavian melodies, dark production and hard sounds” are the descriptors the supergroup pinned to the works we’re expected to hear soon, and they’re certainly most observable in “Redlight.”

The track opens with a haunting buildup to a wubby, hard-hitting house drop before soulful vocal chops and frequency progressions bleed into the resounding void of the break, where a sense of gravitas enshrouds Sting’s re-recorded vocals, as he performs the first verse of “Roxanne,” one of his staple hits released decades ago with his band The Police, before echoing into the rush of a more melodic coda and tapering outro.

In essence, what the powers of Swedish House Mafia and Sting have coalesced to create is a pas de deux with euphoria; together, they cast a new spirit over the horizons of the house music scene and “Roxanne.” Moreover, the collaboration is a surprise none of us could have forseen; and with “Paradise Again” just around the corner as confirmed just three weeks ago in a Twitter post, it won’t be the last.

“Redlight” is available now on Spotify and all major streaming services. 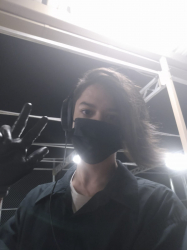