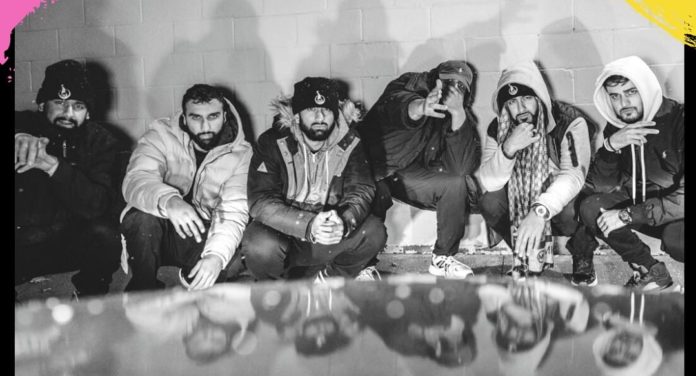 There’s been a lot of tension and controversy in the rap game driven by negative competition, group rivalry, and hate which often leads to violence.

Young talented rappers like Young Dolph, Nipsy, and XXXTENTACION are few rappers who were affected by unjustified violence and this behavior is unfortunately still happening till this day.

The only way to truly rise above the influence is to create a positive impact in the rap community and that is exactly what The Night Wolves have come together to do. The group of seven creative artists have joined forces to spread a message of unity and positivity through lyrics and live performances to shift the negative energy in the rap community.

The group consists of SJM, FAM, Mayze, Hamza, Dasa, Zam, and Jungle who all live in Toronto, Canada and abide by The Night Wolves code of conduct–family first, self-awareness, self-love, and extensive hustle.

The goal of The Night Wolves is to produce music that will motivate, inspire, and drive others to make positive actions in their lives and within their communities. Passion for greater change is what fuels the group to create tracks like “Big Vibes”, “Pave The Way”, and “That’s On Me”. The message is clear in the lyrics that they share–be in control of your life and be the difference.

With so much hate and diversity in the world, The Night Wolves’ intention is to make an effective impact by encouraging others to help one another, work hard for their passions, and unite together as a whole instead of competing against each other as there is no limit to success.

“What you believe, you can achieve” – FAM

Everyone can create their own future and have anything that they want and working together instead of against each other can be more impactful in the world.

The Night Wolves mission is to BE THE CHANGE and encourage others to rise above the hate. Their video for “That’s on me” has 4.3k views and has people talking. Check out their Spotify tracks and follow them to be the first to hear new music when it drops.